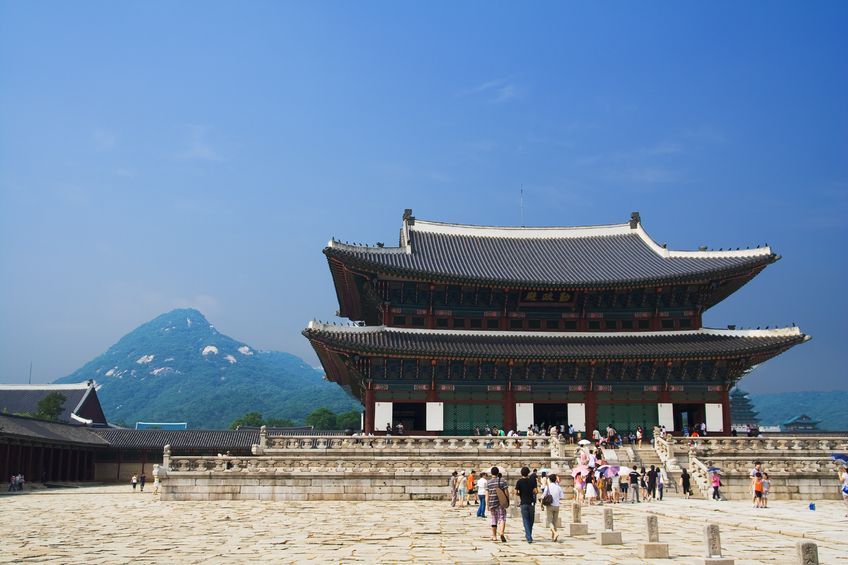 Gyeongbokgung, also known as Gyeongbokgung Palace or Gyeongbok Palace, the main royal palace of the Joseon dynasty, is one of the most popular tour destinations in South Korea. (Imgae credit: Kobiz Media)

The figure represents a 130-percent hike from 220,000 recorded in 2015, the website operator said. Separately, about 500,000 South Koreans also used Airbnb in traveling across the country last year.

Among foreigners, Chinese nationals accounted for the largest portion with 20.3 percent. The number is yet down from 46.8 percent recorded in 2015, it said.

Travelers from the United States, Singapore, Hong Kong and Malaysia followed on the list with 16.2 percent, 13.7 percent, 10 percent and 7.2 percent, respectively, Airbnb said.

“The more Airbnb grows in South Korea, the more various nationalities visit the country, contributing to the diversification of its tourism industry,” an Airbnb official said.