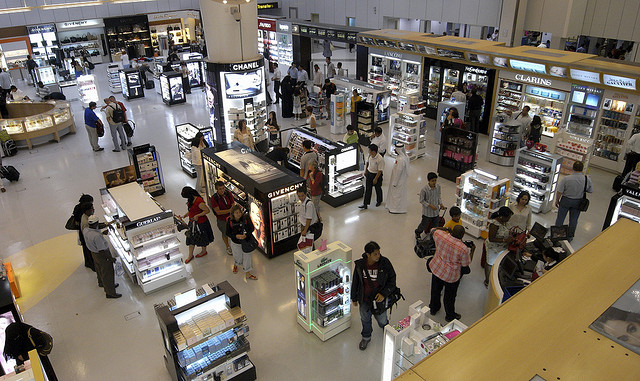 The Incheon International Airport Police announced that they had arrested two suspects, including a Vietnamese citizen, who bought high-priced duty-free products including whiskey during flights on a domestic airline.

The two bought a total of 17.6 million won worth of products at inflight duty-free shops on domestic airlines starting on May 28, boarding 13 times and completing round trips through airports in China and Thailand.

One of the Vietnamese suspects copied a credit card with personal information from another individual, and marked his name on the card.

The criminals made ill use of the delayed credit card payment confirmation that is common for in-flight purchases. Usually, if one pays by credit card during a flight, final credit authorization is completed on average three hours after the plane has landed.

Law enforcement officials obtained intelligence that suspended credit cards were being used for in-flight purchases, and finally succeeded in arresting the suspects.

A police official said, “As the bottles of whiskey are traded at high prices in Vietnam, they tried to make big money by reselling the whiskey at markets. We are chasing other parties involved in similar crimes.”