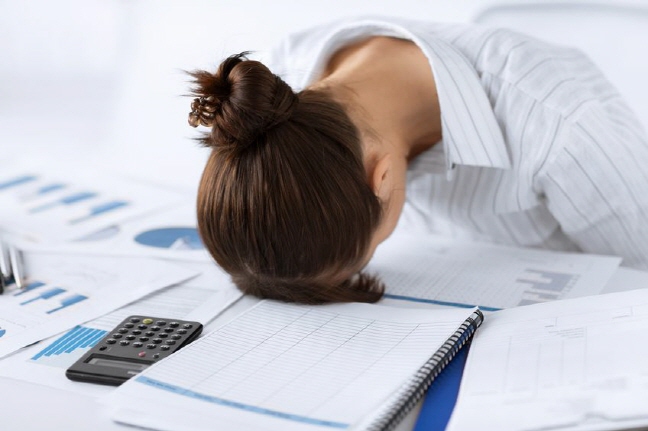 More than half of the workers were found to be sleeping more during the weekend in order to make up for sleep deprivation during weekdays. (image: Korea Bizwire)

SEOUL, Jan. 10 (Korea Bizwire) — A significant number of South Korean office workers are suffering from a lack of sleep.

According to a survey of 565 workers conducted by online job portal Saramin, 74.2 percent of the respondents said they were suffering from sleep deprivation.

The average daily sleep time of all respondents was 6 hours and 6 minutes, a whopping 2 hours and 16 minutes less than the average sleep time in Organization for Economic Cooperation and Development (OECD) member countries.

In 2016, the average sleep time among OECD countries was 8 hours and 22 minutes.

The South Korean average is also 54 minutes short of the minimum recommended seven hours of sleep for adults according to the U.S. National Sleep Foundation.

In addition, the average was an hour and a half short of the minimum average sleep time that all office workers hoped for.

Among the reasons for a lack of sleep, 38.7 percent chose “Because I finish work late due to overtime and dining get-togethers,” as the top reason for sleep deprivation.

Following on the list was 30.8 percent citing “In order to watch TV or spend time on the Internet.” Moreover, some 25.5 percent chose “No time to sleep due to self-improvement,” 25.3 percent chose “Long commute between workplace and house,” and 20.8 percent cited “Insomnia.”

Meanwhile, when asked whether sleep affects work, 56.1 percent, the majority, agreed that “It has a significant impact on work.” Some 41.6 percent said “Sleep affects work in some way.”

More than half of the workers, or 61.1 percent, were found to be sleeping more during the weekend in order to make up for sleep deprivation during weekdays.

Another 32.2 percent of workers also chose to take naps using lunch time, while some 22.2 percent decided to sleep during commuting hours on the bus or subway, and 17.4 percent reduced their participation at gatherings and other social activities.

As a means to resolve sleep deprivation, 45.3 percent called for the establishment of equitable corporate culture that would allow workers to leave work on time.