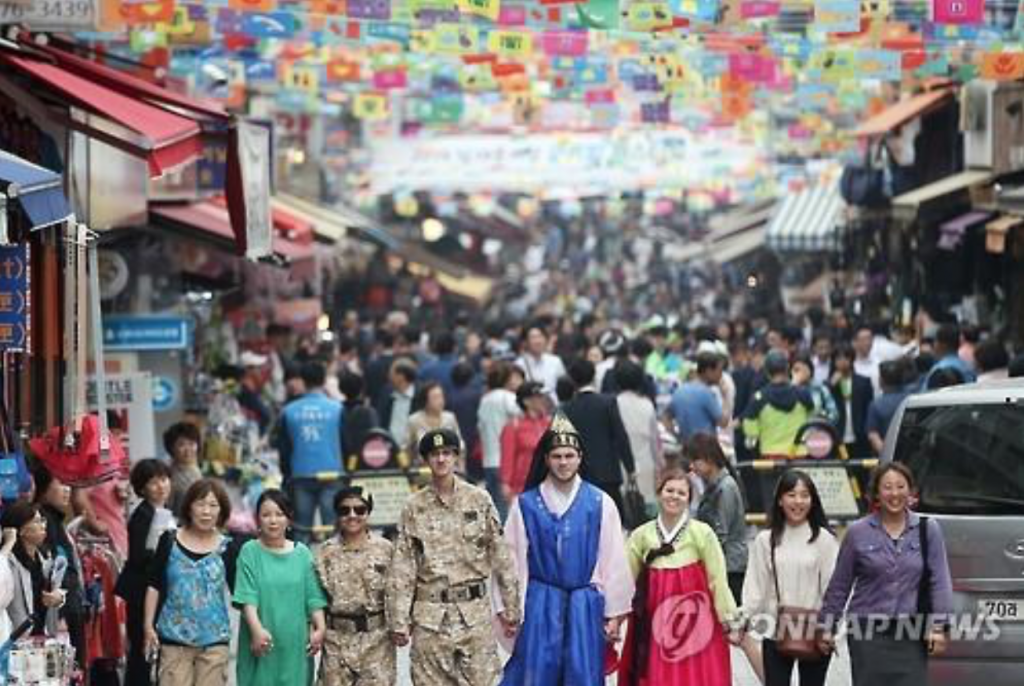 SEOUL, July 27 (Korea Bizwire) – The number of foreigners in South Korea topped the 2 million mark as of June, accounting for 3.9 percent of the total population, government data showed Wednesday.

The number of foreigners in South Korea has been rising steadily since it reached the 1 million mark in 2007, according to the Ministry of Justice. From 2011 to 2015, the figure rose by an annual average of 8 percent.

By nationality, Chinese nationals topped the list at 50.6 percent of the total, followed by Americans at 7.8 percent and Vietnamese at 7.2 percent, the data showed.

The number of people living in the country for more than 90 days accounted for 74 percent of the total, while shorter-term visitors accounted for the remaining 26 percent, according to the data.

The ministry attributed the growth to the increase in the number of Chinese nationals staying long-term, as well as the general increase in those who get jobs, marry locals and study here.

Among students from 172 countries studying here, Chinese made up 59.5 percent of the total.

More than 60 percent of foreigners staying in South Korea for the long-term lived in Seoul and its surrounding Gyeonggi Province.

The number of illegal immigrants stood at 10.6 percent of all foreigners in the country as of last month, the ministry said.