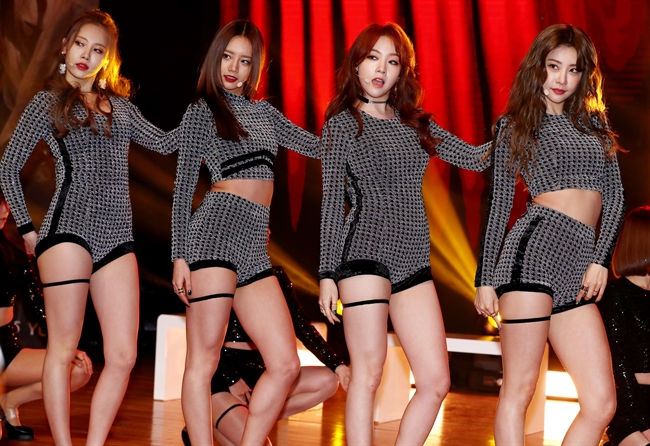 Girl’s Day performs a song from its new EP album at a media event. (image: Yonhap)

SEOUL, Mar. 29 (Korea Bizwire) — South Korean girl group Girl’s Day, in celebration of its eighth year, came out with its fifth EP album on Monday, promising to remain together for the time being.

“We renewed our contracts with about a year left for each of us. We had a lot of internal discussion,” member Sojin told reporters at a media event for the group’s fifth EP album, “Girl’s Day Everyday #5,” held at the Ilchi Art Hall in southern Seoul.’

Sojin added, “What was important to us was whether we were confident in presenting something better as Girl’s Day. At the time we made the best decision. Together, we still have much to show.”

Member Yura also said “there was no such thing as a seven-year curse for us,” and added that her team boasts “great teamwork.”

Last year, a number of South Korean girl groups in their seventh year either disbanded or saw key members leave for solo careers, most notably 4minute, Rainbow and 2NE1.

Girl’s Day’s new album contains six new songs, including title track “I’ll Be Yours,” a piano-based jazz dance track in which its four members flaunt their feminine side through dance moves highlighting their bare legs.

“As with Yura having her legs insured, this time we have highlighted our legs, since our members have beautiful legs,” the team said.

Member Hyeri, who launched a successful acting career through “Reply 1988,” noted that she’s seen a huge increase in new girl groups during the team’s hiatus.

“I saw all of them before our comeback. They’re all refreshing, cute and beautiful,” said Hyeri. The singer-actress explained that she now sees up-and-coming teams from a fan’s point of view and wants to achieve “a win-win” with them.’ 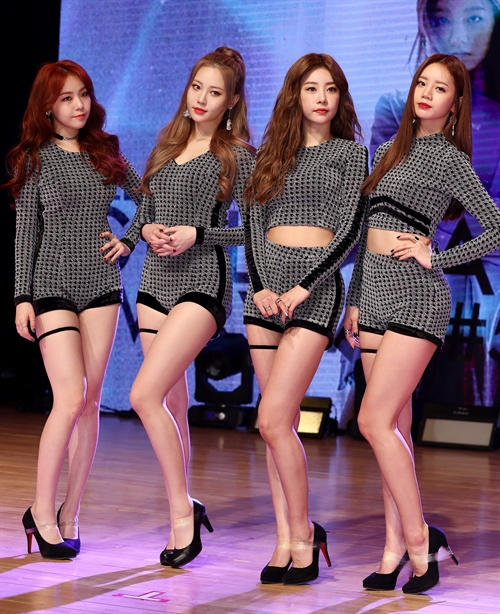 The members of Girl’s Day pose for the camera at a media event for its new EP album. (image: Yonhap)