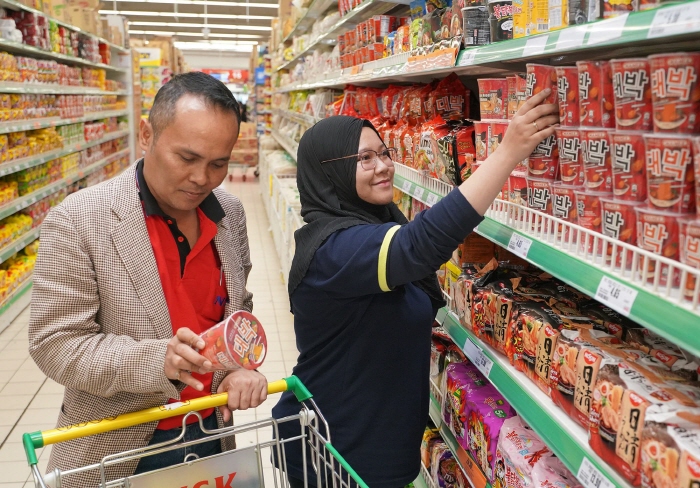 Beyond expectations, the company has decided to urgently produce 250,000 units after 350,000 have been sold so far.

According to Shinsegae Food on Monday, a 250,000-unit second batch of “Daebak Ramyeon, Ghost Pepper Spicy Chicken Flavor” were sold out in just one month.

Daebak ramyeon is a Korean-style halal ramyeon that Shinsegae Food introduced in Malaysia in March to target the halal market.

One of the ingredients in the noodle package is one of the world’s hottest peppers, “Ghost Pepper,” which has a rating of 12,000 Scoville Heat Units.

The Daebak ramyeon is the hottest ones sold in Malaysia, and its noodles are black to visually give fear of the spiciness. The ramyeon was also certified as “JAKIM” halal while targeting the Muslim market.

Shinsegae Food initially produced 100,000 units of the first batch, with a plan to sell 70,000 units a month for three months, but they sold out in just two weeks after being advertised to customers through SNS.

The company then supplied 250,000 units of the second batch to 2,000 local convenience stores last month, but even that amount was sold out in a month.