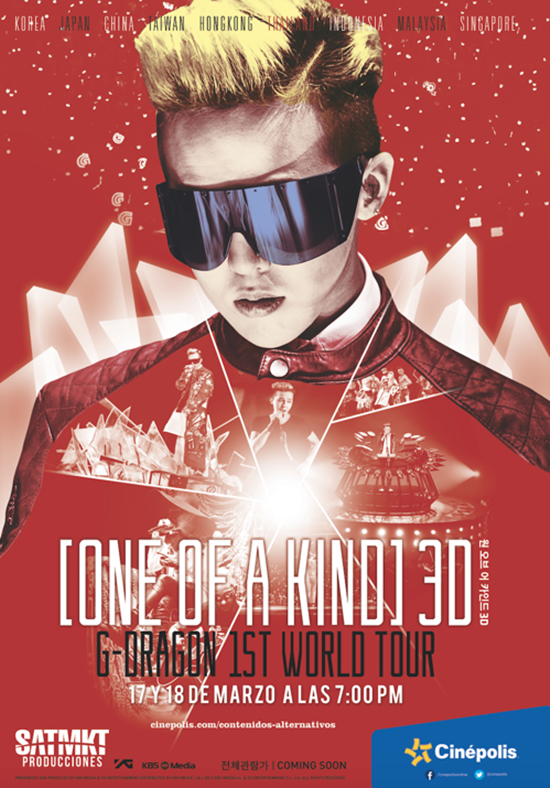 SEOUL, March 14 (Korea Bizwire) – G-Dragon’s booming popularity has even reached South America. A documentary film about his 2013 solo world tour is scheduled to be released at 20 theaters in Mexico’s capital city and other cities on March 17, said the artist’s music label YG Entertainment in a March 13 statement. Following its release in Mexico, the film will be launched in other South American countries.

The 3D documentary film follows the 27 shows in G-dragon’s first solo world tour, which were held in 8 countries and 13 different cities in 2013. The tour was a huge success, attracting a total of 570,000 fans. The documentary has already been released in Korea, Japan, Taiwan and Singapore, and has been received enthusiastically.

The film is a visual fest, as 24 cameras were employed to film the concerts from every possible angle, under the guidance of a world-renowned director. South American fans will be able to enjoy an experience similar to seeing the concert in person.

G-Dragon is currently working with his Big Bang members on the release of their new album, which has kept fans waiting for three years.