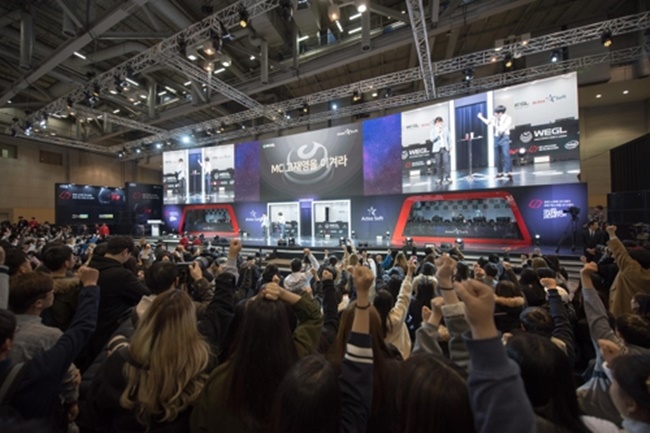 G-Star 2017 wrapped up on Sunday after four days of successful events attended by over 225,000 people, the biggest audience since the game exhibition was launched in 2005 despite worries over the earthquake in Pohang last week.

No fewer than 676 game makers from 35 countries participated this year, with over 2,850 booths showcasing much-anticipated video games including FiFA Online 4, Overhit, Tera M, and Seven Knights 2.

Esports took center stage at this year’s G-Star with the final round of World Esports Games & Leagues (WEGL), where scores of the best gamers from all over the world played Blizzard games like StarCraft: Remastered, Overwatch, and Hearthstone to win a cash prize of 245.7 million won.

The event was in full swing from day one with an atmosphere of excitement as major South Korean game makers including Nexon, Netmarble Games and Enc-Soft have all posted record sales figures this year.

With a cash prize of 300 million won, 2017 PlayerUnknown’s Battlegrounds Asia Invitational took place at G-Star 2017, capturing the attention of thousands of gamers at the scene and drawing a stark contrast with last year’s event, when virtual reality and augmented reality-based games enjoyed the spotlight.

One game industry official from Indonesia, who attended G-Star for the first time this year, described the exciting scene at the annual gaming show. 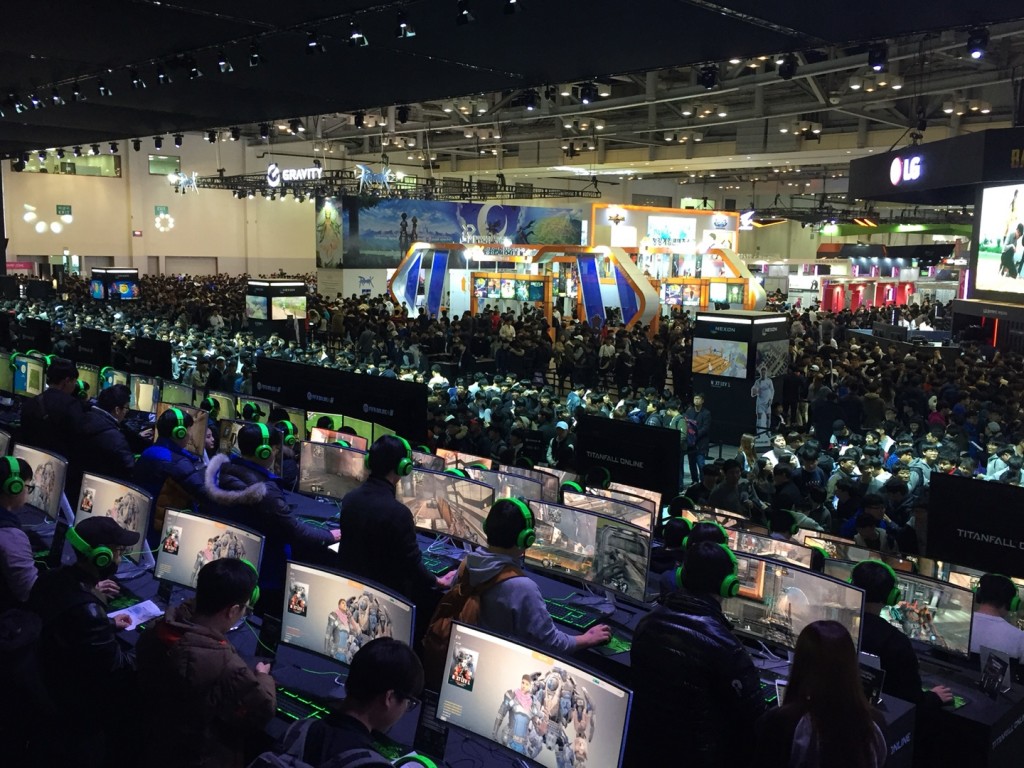 G-Star 2017 wrapped up on Sunday after four days of successful events attended by over 225,000 people, the biggest audience since the game exhibition was launched in 2005 despite worries over the earthquake in Pohang last week. (Image: Nexon)

“I enjoy playing Battlegrounds and it was a fun experience to enjoy eSports with many others who enjoy videogames at G-Star. It was a great experience to see the advanced South Korean gaming industry and interact with local companies,” the official said.

According to data from the organizer however, only 2,006 buyers participated in this year’s event, up only 3 percent from last year, while the participation of international game makers dropped slightly from 166 last year to 151 companies.