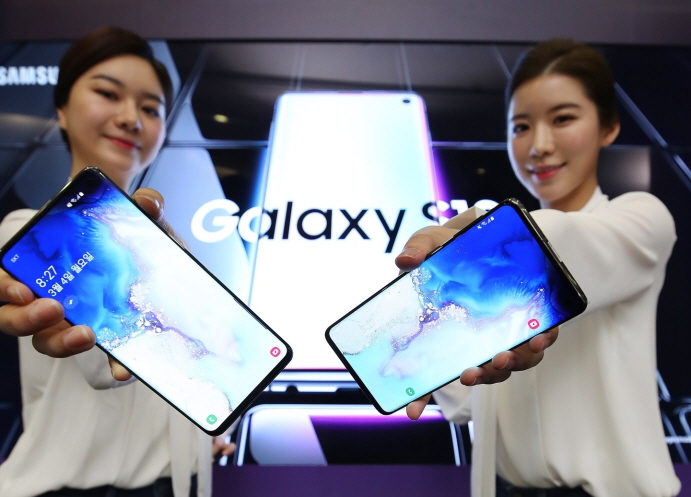 As Samsung plans to launch Galaxy S10′s 5G model later this month and release its first foldable device supporting 5G networks in mid-May in the local market, consumers are seen to be taking a wait-and-see approach for the new flagship smartphone, industry officials said.

The number of unlocked phones, which don’t come with carriers’ contracts, is estimated at 40,000 units, Samsung said, claiming the total number of phones registered on the first day stands at around 180,000.

Consumers who activate their phones by replacing USIM cards on their own are not included in mobile carriers’ plan.

Meanwhile, industry tracker DisplayMate said Samsung’s latest smartphone has the most color accurate display that it has ever tested, giving its “highest ever A+ grade.”

Galaxy S10′s display is made of Samsung’s OLED panel technology, which it calls Super AMOLED, and comes with a 1440p panel that measures 6.1 inches.