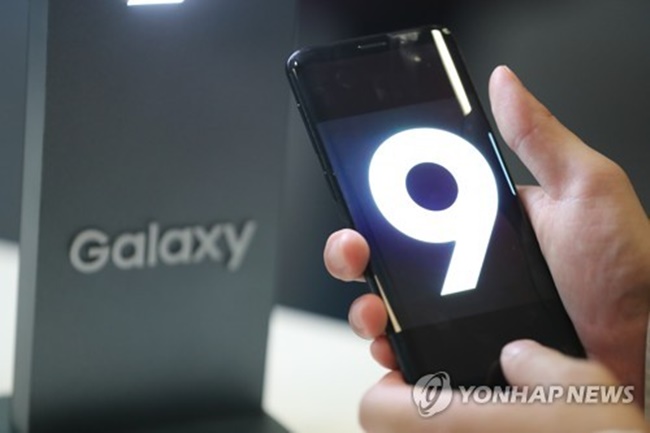 SEOUL, March 9 (Korea Bizwire) – Samsung Electronics Co.’s Galaxy S9 and Galaxy S9 Plus smartphones are, starting Friday, reaching South Koreans who took advantage of the preorder program, with initial sales numbers presumed to be below that of its immediate predecessor.

Local mobile carriers said they have started distributing the Galaxy S9 series phones to consumers. The official global release date for the new Samsung flagship smartphones is slated for March 16.

SK Telecom Co., the country’s top mobile carrier, said around half of those who preordered chose the 256 GB version of the Galaxy S9 Plus, which comes with a wider screen compared to the Galaxy S9 and a dual camera arrangement. Black was the most popular color among male consumers, whereas more than half of female buyers opted for purple.

The 5.8-inch Galaxy S9 and 6.2-inch Galaxy S9 Plus boasts one of the industry’s top camera setups, employing a variable aperture that can automatically or manually switch between F1.5 and F2.4.

The Galaxy S9 also comes with the improved artificial intelligence (AI) platform Bixby. Users can select categories ranging from text to shopping or food and take photos of objects, and Bixby will then deliver related information.

Industry watchers, meanwhile, said domestic preorders for the Galaxy S9s may not be on par with the S8 series devices launched last year. Samsung has yet to release numbers on preorders.

“In the morning, we opened accounts for eight (Galaxy S9s), but there were no further inquiries in the afternoon,” an insider from a Seoul-based retailer said. “Many people made visits to take a look but just went back after realizing it is not much different from its predecessor.”

“The general public is showing much less interest compared to the Galaxy S8 or Galaxy Note 8,” the retailer said.

Another staff member from a retail shop echoed the view, saying sales of the new phones are likely to be around 70 to 80 percent of the Galaxy S8 devices.