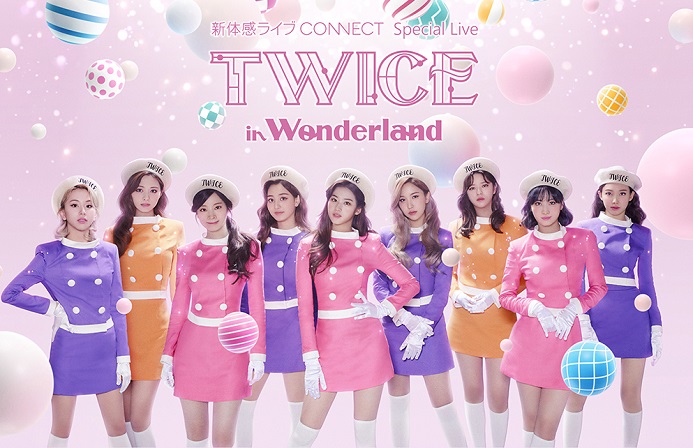 This image, provided by JYP Entertainment on Feb. 5, 2021, shows a promotional image for TWICE’s upcoming livestream concert in Japan next month.

“TWICE in Wonderland” will air at 7 p.m. on March 6 in collaboration with Japan’s biggest mobile operator NTT DoCoMo, according to JYP Entertainment.

The gig will be powered by state-of-the-art technology like augmented reality and mixed reality, allowing fans to enjoy a more lively concert experience, the agency explained.

TWICE — consisting of members from Korea, Japan and Taiwan — has built up a solid fan base in Japan.

The nine-piece act held a concert at Tokyo Dome in just 21 months after its debut, a record for the quickest appearance at the famed venue by an overseas artist.

The multinational act was set to hold another concert at the venue but had to call it off due to the ongoing new coronavirus pandemic. TWICE instead held its first digital concert for global fans in August.