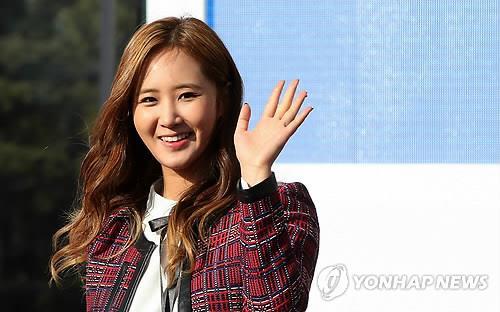 SEOUL, April 20 (Korea Bizwire) – Yuri, a member of K-pop group Girls’ Generation, has admitted she is in a relationship with baseball player Oh Seung-hwan, the group’s management agency said Monday.

“Having met through acquaintances at the end of last year, the two are now getting to know with each other with good feelings,” S.M. Entertainment said in a release.

Oh also admitted the romance in a press release from his baseball team.

“It’s true that I’m in a relationship with Yuri,” he said. “I hope you will see us with affection.”

Earlier in the day, a local weekly reported that the two first began seeing each other romantically in November and have been dating ever since, often accompanied by acquaintances.

It also said the 25-year-old singer’s personal trip to Osaka, Japan, in March, was highly likely to cheer on the 33-year-old baseball player, who is a closing pitcher for the Hanshin Tigers in Japan’s Nippon Professional Baseball league.