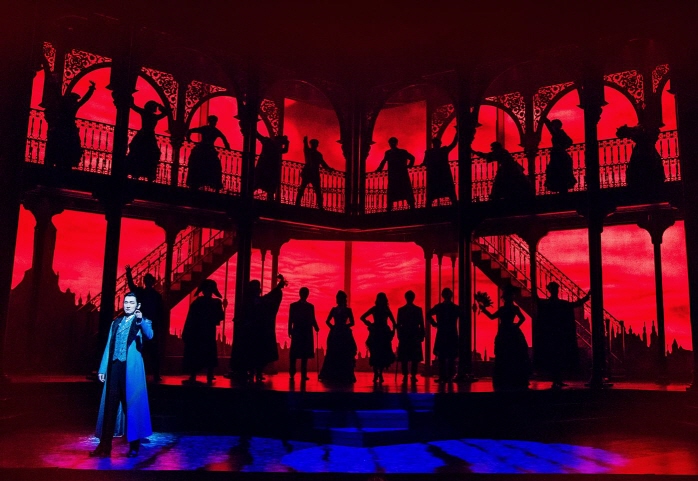 A performance of the musical Jekyll & Hyde. (image: OD Company)

According to data released by the Ministry of Culture, Sports and Tourism and the Korea Arts Management Service, the nation’s performing arts market grew 8.7 percent from the previous year to 813.2 billion won (US$721 million) last year.

It is the first time that the domestic performing arts market has exceeded 800 billion won in annual sales since 2007, when the government began surveying the field.

The 2017 sales by local performance facilities increased 1.9 percent from the previous year to 350 billion won, while those of performance groups swelled 14.5 percent to 463.2 billion won.

“The rebound in the performing arts market seems to be attributed to the rapid stabilization of the nation’s political and social circumstances after last year’s presidential election,” said a ministry official.

In contrast to the market’s sales growth, however, the quantity of performances and audiences fell last year. The number of arts performances decreased 8.5 percent to 159,401, while the total audience dropped 5.3 percent to 29.02 million people.