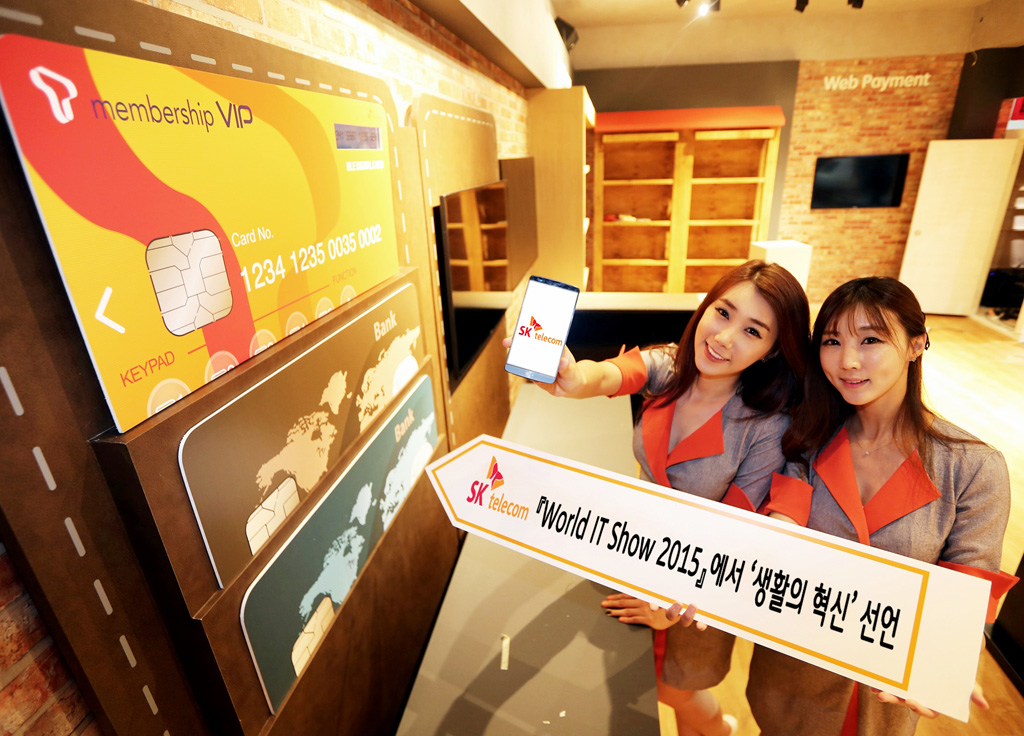 At the World IT Show 2015, the largest IT exhibition in Korea, held at COEX from May 27 to 30, Korean mobile carriers are focusing on booths where visitors can experience daily life with future communications technologies. (image: SK Telecom)

SEOUL, May 28 (Korea Bizwire) – “With smartphones, users will be able to change their home lighting in 36,000 different ways. At the same time, they won’t need to push a cart at a store. All they’ll need to do is scan barcodes, and the products will be delivered to their homes,” said an SK Telecom official.

At the World IT Show 2015, the largest IT exhibition in Korea, held at COEX from May 27 to 30, Korean mobile carriers are focusing on booths where visitors can experience daily life with future communications technologies.

For example, SK Telecom, the largest mobile carrier in Korea, prepared a model home where visitors can experience its “Smart Home Service” app, which lets users turn on and off various devices found in ordinary houses like door locks, dehumidifiers, boilers and gas valves.

SK also recreated a large supermarket as part of its exhibit. In the demo store, visitors can experience its “Smart Shopper” app, which helps users make easy purchases by scanning product barcodes.

Not to be outdone, KT unveiled its GiGA Path technology that combines Wi-Fi and long-term evolution networks to support mobile connections that are four times faster than those offered by current technology. The company pledged to be the first in the world to unveil a 5G mobile network, with a planned launch in time for the 2018 PyeongChang Winter Olympic Games.

A visitor to the show said, “With the exhibition, we can imagine our future lives. However, it is a pity that it could not differentiate itself from the Mobile World Congress held earlier this year.”