SEOUL, Oct. 23 (Korea Bizwire) – As recent headlines have been dominated by the possible decommissioning of the Shingori 5 and Shingori 6 nuclear reactors, interest in the extremely lucrative nuclear decommissioning market has gained interest in certain quarters, bolstered by President Moon Jae-in’s comments on October 22 that he would support domestic companies’ efforts to attain prime position in the yet nascent market.

Besides the Kori Nuclear Power Plant, which was chosen to be dismantled in July of last year, South Korea has no experience in conducting nuclear decommissioning. The government plans to use its first case as a foundation on which its capabilities can be improved.

As of April 2017, 34 countries had 611 nuclear reactors, 449 of which were in operation. Among these, 160 were placed on an indefinite hold, 19 were fully dismantled and 141 are being prepared for decommissioning.

As the large numbers suggest, the likelihood of the global nuclear decommissioning market growing is substantial; as reactors built from the 1960s to 1980s near their expiration dates, industry experts predict there will be a spike in the number of reactors being dismantled post-2020. 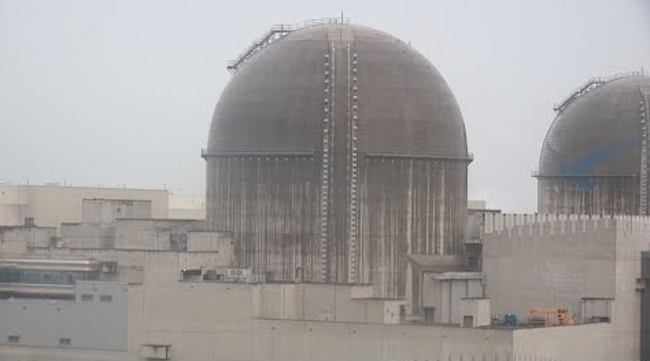 Even from 2030 afterwards, more than 200 reactors will be facing decommissioning according to the institution’s internal projections. (Image: Yonhap)

According to the Korea Hydro and Nuclear Power Co, the institution tasked with overseeing the aforementioned dismantling of the Kori Nuclear Power Plant, 76 reactors from 2015 through 2019 and 183 from 2020 onward are expected to be decommissioned.

Even from 2030 afterwards, more than 200 reactors will be facing decommissioning according to the institution’s internal projections. This would push the estimated market up to 440 trillion won.

Despite the tantalizing possibilities, South Korean capabilities have a ways to go before the country can become a global player in the future market. Professor Kim Hee-ryeong of UNIST (Ulsan National Institute of Science and Technology) rated South Korea’s nuclear decommissioning capabilities as “70 percent of advanced countries expertise” during a July interview with Yonhap News.

The professor added that currently, the domestic industry lacks 11 different capabilities out of 38 core nuclear decommissioning skills and 17 out of 58 commercialization skills.