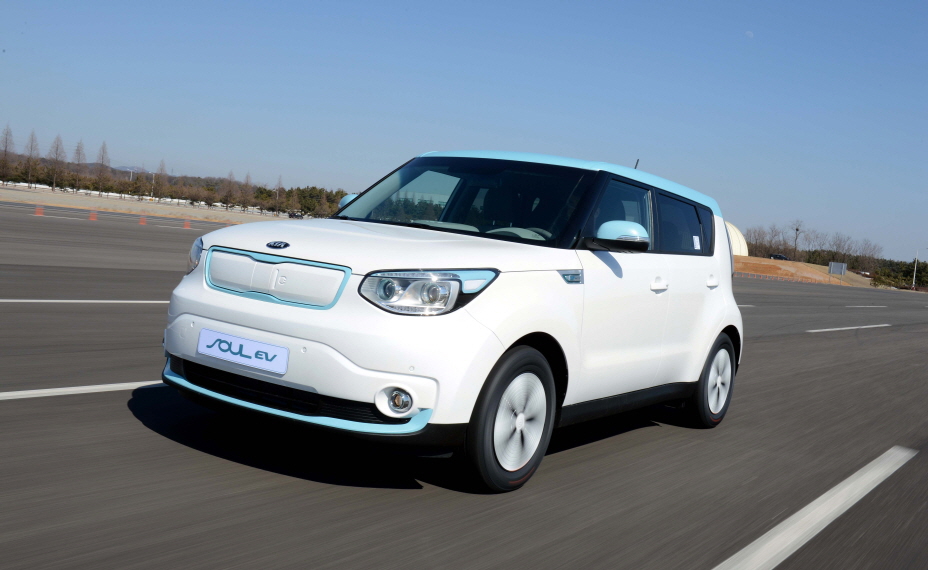 The Soul EV posted combined sales of 10,210 units through January of this year, with the overseas market taking up 8,630 units. (image: Kia Motors)

SEOUL, Mar. 2 (Korea Bizwire) — South Korea’s second-ranked carmaker, Kia Motors Corp., said Tuesday that it has sold more than 10,000 units of the Soul electric vehicle (EV) in less than two years after its launch, helped by strong demand from the European market.

The Soul EV, the electric vehicle variant of the Soul crossover vehicle, posted combined sales of 10,210 units through January of this year, with the overseas market taking up 8,630 units.

Of the amount sold abroad, Europe accounted for 6,770 units, followed by the United States with 1,411.

The numbers mark the first time for a South Korea-made electric vehicle posted sales exceeding the 10,000-unit mark. The car was first launched in April 2014.

The Soul EV ranked first in Germany’s electric vehicle market in August, elbowing out such rivals as the A3 e-tron and the Model S from Tesla. Its market share there was 25 percent.

Kia Motors said the Soul EV is capable of running 148 kilometers on a single charge, outpacing most rivals in its class in terms of range. The longer range reduces so-called range anxiety which is one of the biggest reasons why consumers have shied away from driving such eco-friendly vehicles.