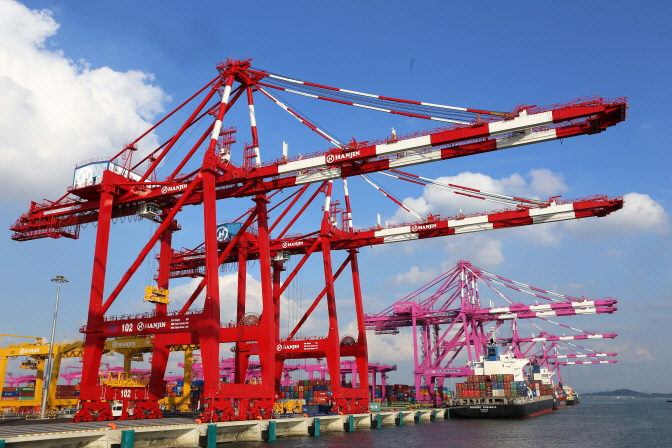 A consensus had been formed that if the Port of Incheon moves to capitalize on shipping to and from the Seoul metropolitan area, there is huge potential for shipping companies. (image: Yonhap)

SEOUL, Dec. 12 (Korea Bizwire) — Global shipping companies have started to take an interest in the Port of Incheon, South Korea’s second-largest port and a potential gateway to new shipping routes.

With interest rising, expectations are starting to grow that new shipping routes will follow.

According to a statement from the Incheon Port Authority on December 11, positive response to the opening of new shipping routes is promoting the strengths of Incheon Port, and leading to increased contact with global shipping companies in Europe.

Among the largest shipping companies worldwide, Maersk Line and Hapag-Lloyd, not to mention other companies such as CMA-CGM, are paying close attention to the fact that only 38 percent of the annual shipments of 5.8 million TEU that take place in the Seoul metropolitan area are handled at the Port of Incheon.

A consensus had been formed that if the Port of Incheon moves to capitalize on shipping to and from the Seoul metropolitan area, there is huge potential for shipping companies.

Shipping companies are taking an interest in the possibility of opening a new sea route between the Port of Incheon and the Slovenian Port of Koper, which handles a large volume of trade with Korea compared to other European ports.

An official from the Port Authority said, “Information regarding cargo shipments in the metropolitan area that is related to the Port of Incheon and the Port of Slovenia will be continuously updated,” adding, “We will do our best to develop new sea routes and for global shipping companies as soon as possible”