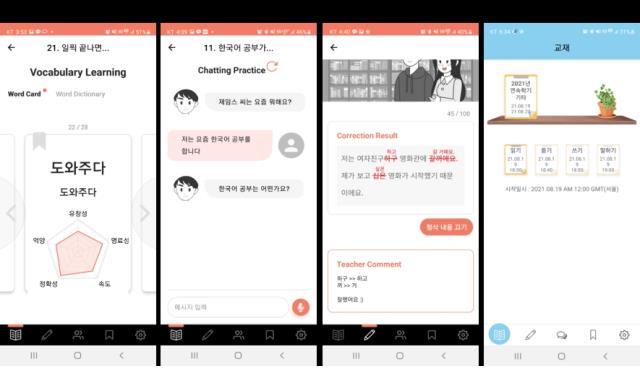 DAEJEON, Sept. 30 (Korea Bizwire) — A South Korean research lab said Wednesday that it has developed a new technology that can speak to artificial intelligence (AI) and learn the Korean language, and transferred it to a language education curriculum developer.

The Electronics and Telecommunications Research Institute (ETRI)’s conversation-based language education system can converse with users to understand them and assess their pronunciation using AI. It can analyze both pronunciations and accents.

The technology has been transferred to IIR Tech, developer of the Korean language instruction app ‘Kokoa’ released in July. The app has been downloaded by 10,000 foreigners in just two months.

The app uses a Korean language curriculum designed for beginners, who can engage in conversation practice with a chatbot.

ETRI’s language learning technology has also been introduced to an AI-based Korean language conversation app developed by the state-run King Sejong Institute Foundation in March, which is being used to teach the Korean language to foreigners.