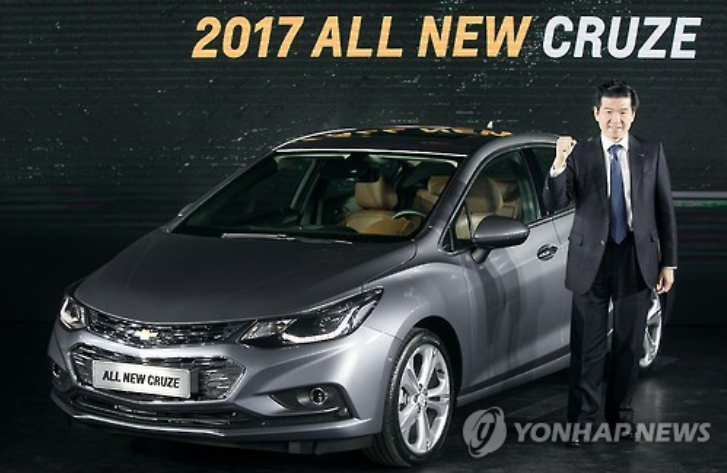 James Kim, CEO of GM Korea, poses for a picture at a media event held in Seoul, South Korea on Jan. 17, 2017, to introduce the all new Cruze compact car. (image: Yonhap)

“I believe we will do better in 2017 than we did last year,” Kim said at a media event held here to introduce the all new Cruze compact car.

Kim refused to offer a specific sales target, only saying his company will do better this year.

But when asked whether the company’s market share will reach a double-digit figure, the Korean-American CEO said he was “confident about that.”

Kim noted the record sales in 2016 were enabled by a series of vehicle launches that included the bestselling Spark minicar and the Malibu midsize sedan.

This year, the all new Cruze, unveiled here for the first time on Tuesday, will help boost the company’s domestic sales, along with the Volt electric vehicle set to be launched here later in the year, he said.