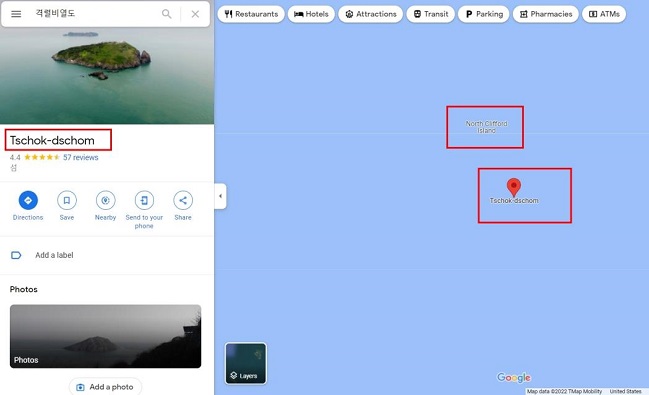 A Google search for Gyeokryeolbi Yeoldo returns a result that calls the island ‘Tschok-dschom’ for an unknown reason. (image: VANK)

It is one of the 23 islands that determine South Korea’s territorial sea.

A Google search for the island, however, returns a result that calls the island ‘Tschok-dschom’ for an unknown reason.

The Voluntary Agency Network of Korea (VANK), a South Korean civic group promoting the country and its history online for an international audience, has been asking Google to correct the term to ‘Gyeongnyeolbi-yeoldo’ ever since it was pointed out in March of last year, without ever receiving a response.

VANK and other local agencies have been pressuring Google to correct these terms, to which Google has yet to respond.