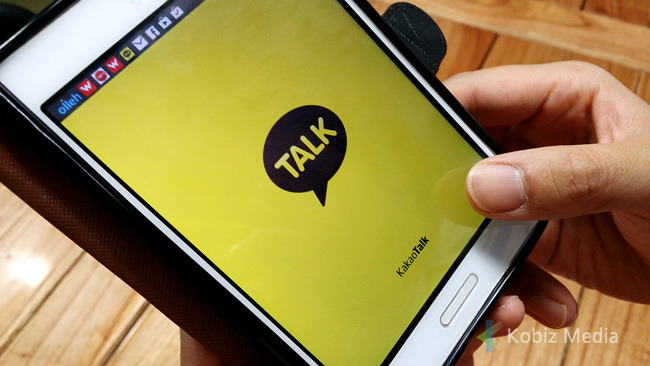 Citizen organizations and users alike have been criticizing Kakao after it was revealed that the company had been saving the URLs shared in chat rooms on a separate server and then using them as data since January. (Image Credit: Kobiz Media / Korea Biz Wire)

SEOUL, June 4 (Korea Bizwire) – The government recently began an investigation into Kakao, the corporation behind both KakaoTalk and the Daum internet portal, after it was discovered that the company had been using URL links shared in KakaoTalk conversations as data to configure its Daum search algorithms.

Citizen organizations and users alike have been criticizing Kakao after it was revealed that the company had been saving the URLs shared in chat rooms on a separate server and then using them as data since January. The Ministry of Science, ICT and Future Planning and the Korea Communications Commission announced the launch of the investigation on June 2.

“We first listened to what Kakao officials had to say, as this issue could be a violation of communication protection laws and personal information protection laws. We will be analyzing the nature of the URLs that were exposed to Daum searches, and then decide whether additional measures will be necessary,” stated an official from the ministry.

The most critical issue regarding the matter is whether Kakao’s actions consisted of wiretapping. Wiretapping, a severe legal violation defined as a third party listening in on a conversation, is punishable by either 10 years in prison or a fine of up to 150 million won.

Kakao has responded to the uproar with attempts to justify its actions.

“We were trying to improve the quality of search results, but it was the wrong decision on our part. We will delete all of the problematic URLs stored on our server,” read a post on Kakao’s blog on June 2.

“The URLs are purely just the website addresses, and cannot indicate who shared what with who on KakaoTalk,” a Kakao official explained. “We also excluded all URLs for which website users purposefully blocked search robot files from because they did not want to be searched,” he added.

The ministry will be investigating whether Kakao committed wiretapping, while the Korean Communications Commission will take on the investigation into whether it was a personal information protection law violation.