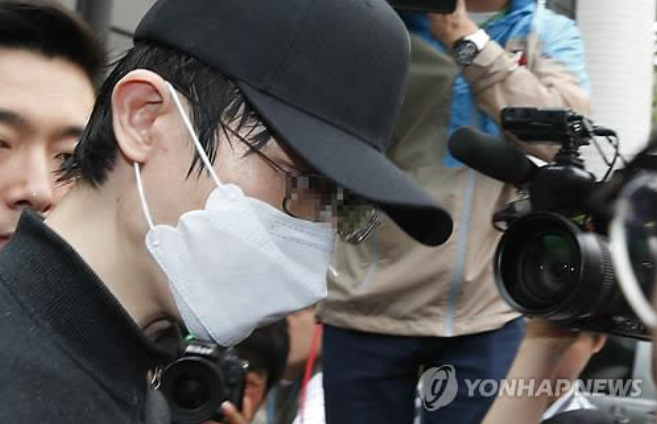 Surrounded by reporters, the suspect behind the brutal murder of a 23-year-old woman leaves the Seocho Police Station on May 26. (image: Yonhap)

SEOUL, May 26 (Korea Bizwire) – The government will announce steps to counter violent crimes targeting females next week as witnessed in a recent random murder of a woman at a bar’s bathroom in southern Seoul, the gender equality minister said Thursday.

“Everyone can be a victim (of violent crimes), and thus it’s urgent to beef up the social safety network, especially for women, children and the elderly,” Minister Kang Eun-hee said during a government-ruling party meeting on female safety.

“Countermeasures against violent anti-woman crimes will be made public on Wednesday at a ministerial meeting to be presided over by the prime minister,” she said.

Kang’s remarks came in the wake of the murder of the 23-year-old woman by a 34-year-old man with a knife at a bathroom in a building near the crowded Gangnam subway station last Tuesday. He had no personal acquaintance with her before the murder.

During a police probe, the suspect is known to have testified that he committed the crime out of hatred toward women as he had always been ignored by them.

The case immediately sparked off a large-scale campaign against sex discrimination among young people, although police later said that the homicide seems to have been committed due to his mental illness.