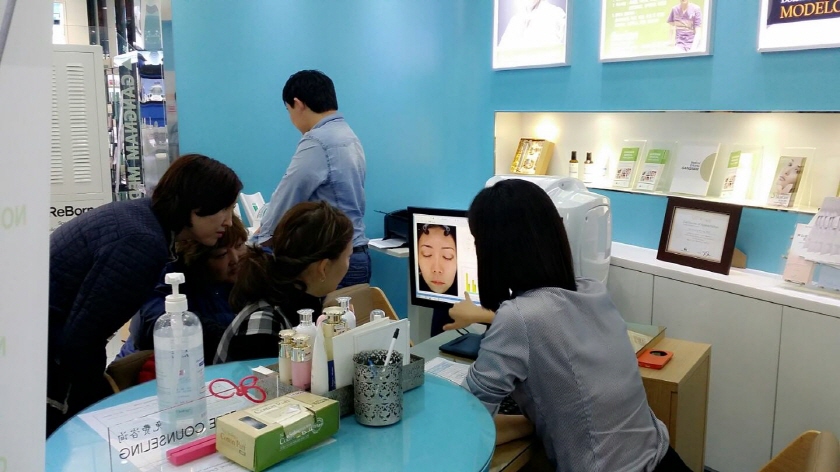 The revision stipulates that starting in April 2016, foreigners will receive refunds of value-added taxes for getting cosmetic surgery in South Korea. (image: Gangnam Medical Tour Center)

The plan is outlined in the government’s 2015 tax code revision, which also places emphasis on revitalizing the sputtering economy by creating more jobs for youths and helping wage earners accumulate wealth and spend more.

The revision stipulates that starting in April 2016, foreigners will receive refunds of value-added taxes for getting cosmetic surgery in South Korea.

“If a foreign national submits a receipt for the surgery they received from a local hospital or clinic on departure, that person can get a tax refund,” said Moon Chang-yong, deputy finance minister of tax and customs. “It is designed to help boost the local tourism industry.”

South Korea’s tourism industry has been hit hard by the MERS outbreak that has made foreign tourists shun South Korea. The disease has claimed 36 lives and sickened 186 people, the largest outbreak outside Saudi Arabia.

In 2014, a record 14.2 million foreigners visited South Korea, up from just under 12.2 million a year earlier, but the number has nosedived since the first MERS case was confirmed on May 20.

The new tax code, scheduled to be sent to the National Assembly for approval next month, also calls for allowing foreign shoppers to get more duty-free benefits up front when they purchase products instead of getting a refund as they leave the country.

“This change aims to reduce the hassle of lining up to get refunds at airports that can enhance the overall shopping experience and attract more visitors,” Moon said.

In line with the government’s all-out efforts to create more jobs for young people, more tax benefits will be given to domestic and foreign companies that increase employment, especially among youths.

South Korea has been plagued by high youth joblessness as local companies remain reluctant to hire new workers amid a prolonged economic slump.

The country’s jobless rate for those aged between 15 and 29 reached 10.2 percent at the end of June, up 0.9 percentage point from the previous month, while its overall unemployment rate inched up from 3.8 percent to 3.9 percent.

In addition, the revised tax code calls for adopting an individual savings account for all wage earners to support the accumulation of wealth and give more tax breaks to consumers in a bid to spur private consumption.

Persistently weak consumer spending has been a major drag on Asia’s fourth-largest economy already struggling with slumping exports mainly because of a slowdown in China and other economies.

South Korea’s exports, one of its major growth engines, came to US$46.61 billion in July, down 3.3 percent from a year earlier and marking the seventh consecutive month of decline.

Finance Minister Choi Kyung-hwan said the country may enter a period of low growth unless it acts quickly to revitalize the local economy.

“Our economy is currently in a difficult situation due to shocks from the MERS outbreak amid a slump in exports,” he said in a Seoul meeting of a tax review committee.

The minister, who doubles as deputy prime minister for economic affairs, also noted the young people were expected to go through an especially difficult time finding jobs from next year when the maximum retirement age of government and private workers is set to be extended by two years to 60.

“The proposed tax code revision seeks to revitalize the local economy while giving hope to our future generation by creating new jobs for the youth,” he said. “It also seeks to improve conditions for consumer spending while also providing housing stability to low-income families.”

The tax code changes, meanwhile, are expected to allow the government to bring in 1.09 trillion won in more tax revenues annually in the coming years.

Under the plan, the government will cut tax breaks for vehicles operated by companies, exclude deductions for credit card purchases made by the rich and streamline the country’s value-added tax system.

The tax code calls for measures to encourage voluntary corporate restructuring by not slapping capital gains and securities transaction taxes on stocks that are swapped in the reorganization process.