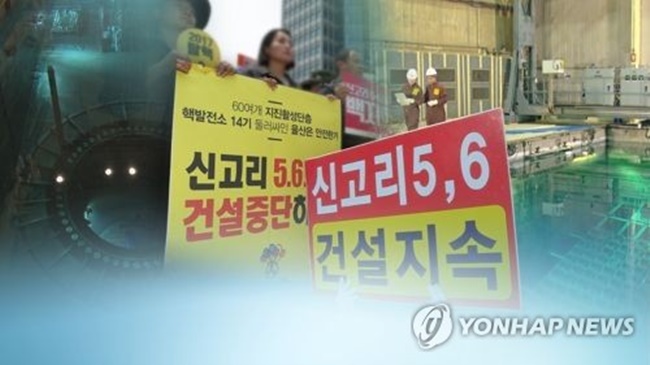 SEOUL, July 28 (Korea Bizwire) – The presidential office Cheong Wa Dae reiterated Friday that the government will follow the decision that select citizens will make over the fate of two nuclear reactors after their public deliberation process.

Its remarks came a day after a government panel tasked with overseeing the deliberation process said that the 350 citizens it will pick will not determine whether to resume the now-suspended construction of the reactors in Ulsan, 414 kilometers southeast of Seoul.

The panel’s explanation triggered a controversy as it was seen as a reversal of the government’s pledge that “citizen jurors” will have the final say over the highly polarizing issue that could affect President Moon Jae-in’s overall energy policy direction.

“During the public deliberation process, the decision on whether to approve of or disapprove of (the reactor construction) will be made,” a presidential official told Yonhap News Agency over the phone, declining to be named.

The panel began its three-month operation on Monday amid concerns that the cancellation of the construction, which is nearly 30 percent complete, would incur some 2.6 trillion won (US$2.3 billion) in losses, and trigger many layoffs and damage suits.

The suspension of the construction last month was in line with Moon’s pursuit of an energy policy shift away from nuclear power, which experts warn could lead to a hefty rise in electricity prices and a potential energy shortage.

The panel plans to conduct a survey on the issue on around 20,000 citizens next month. Among the 20,000 citizens, it plans to pick 350 people who will engage in the full-fledged deliberation process. The final decision on the reactors is to be made by Oct. 21.