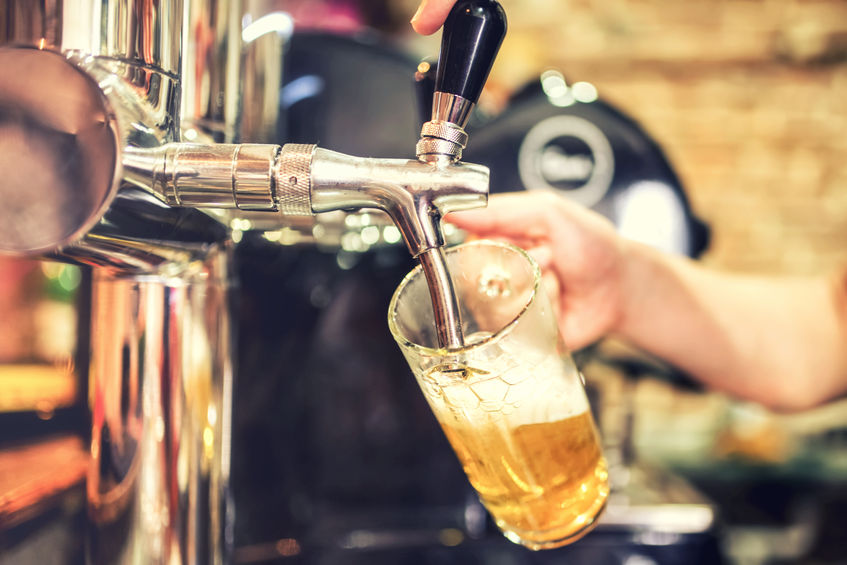 Last year, around $1.8 billion worth of beer was imported into South Korea, up from $72 million in 2012. The market share of imported beers in South Korea also swelled from 3.4 to 10.5 percent over the same period. (Kobiz Media)

SEOUL, April 14 (Korea Bizwire) — As the soaring popularity for imported beer among South Korean consumers is seeing the shelves of supermarkets filled with the likes of Heineken, Asahi and Stella Artois, the government is ramping up its efforts to support South Korean beer makers in the hope of winning back the hearts of beer drinkers in the country.

South Korea’s latest move to cultivate its own brand of craft beer will see the government introduce reforms that will loosen current restrictions on beer production and distribution to boost the competitiveness of homegrown craft beers, Vice Minister of Strategy and Finance Choi Sang-mok said yesterday.

Speaking to staff members during a visit to the Playground microbrewery in Gyeonggi Province, Choi said, “Over the last five years, sales of imported beers have increased 250 percent and continue to grow. As consumers desire superior quality and taste, more microbreweries need to open and grow.”

Choi’s visit, which included a meeting with officials from a craft beer association to discuss ideas, follows in the footsteps of government plans to ease the restrictions on beer production and encourage investment in brewing that were announced at a trade investment promotion meeting last February.

Last year, around $1.8 billion worth of beer was imported into South Korea, up from $72 million in 2012. The market share of imported beers in South Korea also swelled from 3.4 to 10.5 percent over the same period.

The government’s latest reforms, which will redesign the landscape of the beer industry in both production and distribution, are thought to be in response to the growing threat from international brewing companies facing homegrown beer makers.

When the new reforms take place, beers from small brewing companies will be permitted to be sold through supermarkets and other retail stores, with more ingredients authorized for use in beer production.

As the government pledges to create a business environment where South Korean microbreweries can grow, Choi pled with enterprises in the industry to invest more to invigorate the market.