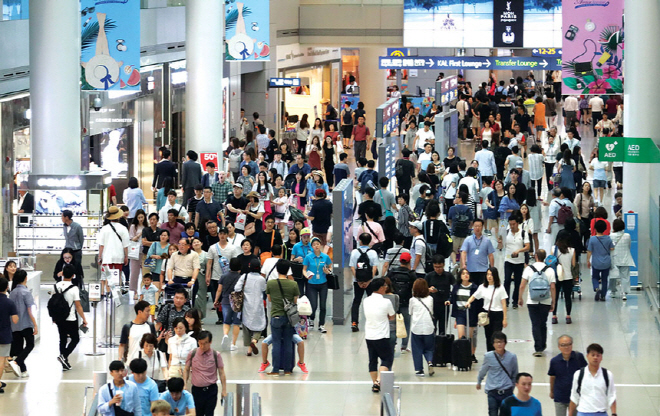 SEOUL, Dec. 13 (Korea Bizwire) — A government civil rights watchdog said Thursday it has asked the Ministry of Justice to allow foreigners staying in South Korea to use their credit cards to pay immigration fees.

According to the Anti-Corruption & Civil Rights Commission, foreigners are currently required to pay fees related to immigration and nationality in cash only, causing them inconvenience.

The commission said its website has received numerous complaints from foreigners, with one of them saying, “I applied for a permit for naturalization but was told that the service fee of 300,000 won cannot be paid by credit card and only cash is accepted.”

It said all immigration offices nationwide and other public offices dealing with foreigners should accept both cash and credit card in the payment of fees related to immigration and nationality.

The watchdog agency also urged the justice ministry to address the lack of space on the certificate of alien registration for a person’s place and period of stay to help foreigners avoid unnecessary expenses and trips to the immigration office for reissuance.

According to government data, about 2.32 million foreigners were staying in South Korea as of the end of September. Of them, 1.65 million are long-term residents intending to live here for over 90 days.