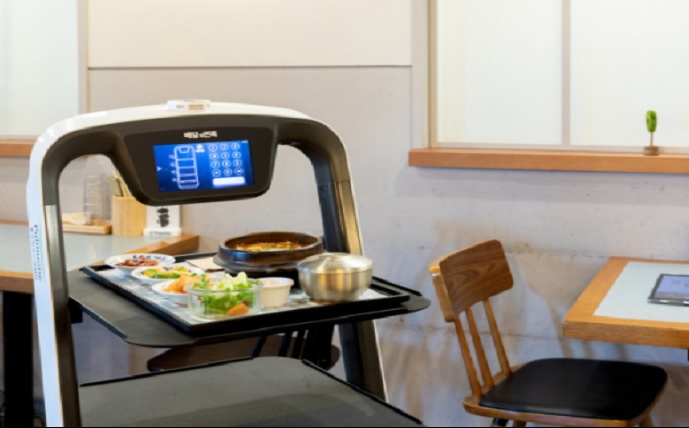 The ministry expects the smart shopping centers to play a key role in the promotion of the “untact” digital economy. (image: Ministry of SMEs and Startups)

The ministry expects the smart shopping centers to play a key role in the promotion of the “untact” digital economy. The newly coined term ‘untact’ refers to non-face-to-face interaction.

The selection of the smart shopping centers was completed in collaboration with the Small Enterprise and Market Service.

Under this project, the smart shopping centers will be developed to include a variety of Fourth Industrial Revolution technologies such as virtual reality (VR), augmented reality (AR) and the Internet of Things (IoT).

The ministry hopes the smart shopping centers will serve as a strong foothold for the expansion of smart stores.

For multi-style smart shopping centers, in particular, the ministry intends to provide intensive technological support ranging from VR and AR-using smart mirrors to robots which can help serving and cooking.

The ministry also plans to introduce a smart order system for general-type smart shopping centers, enabling them to deal with mobile-based reservations, order placement and payment.