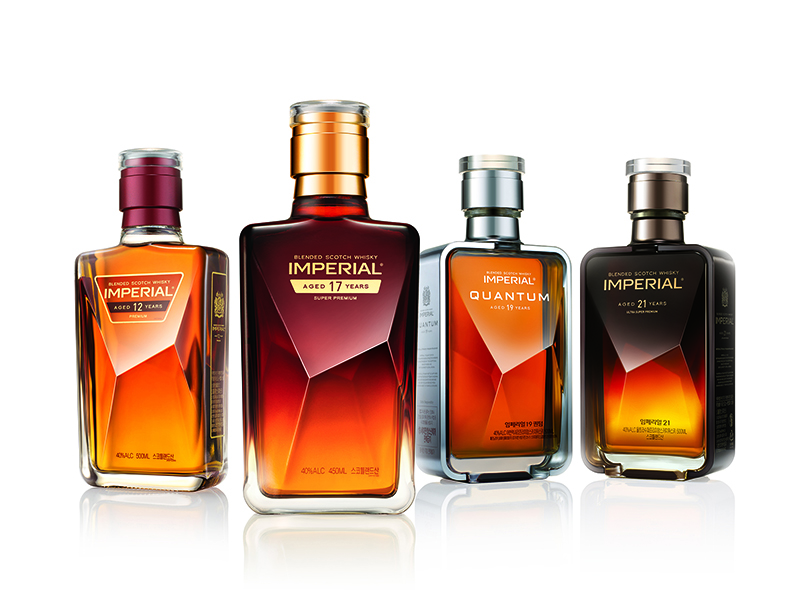 Imperial’s accumulated sales figure is one of astonishment, as 13 million boxes of the whiskey have been sold in 20 years since the brand debuted in Korea.(image:Pernod Ricard Korea)

Imperial’s accumulated sales figure is one of astonishment, as 13 million boxes of the whiskey have been sold in 20 years since the brand debuted in Korea. Imperial is the best-selling whiskey ever in Korea, and has been loved for a long time by Korean consumers.

Imperial was the first whiskey brand to launch in the Korean market, with the premium 12 year-old scotch whiskey brand establishing a Korean presence in 1994. Imperial has been consistently renewed and innovated since then to meet the needs of customers, leading the growth of the whiskey market for the last 20 years.

The KCSI is an index of customer satisfaction developed by the Korean Management Association based on yearly surveys of consumers and evaluations of industry experts. Survey respondents have the opportunity to vote for their favorite brands in terms of awareness, preference, satisfaction and credibility. Imperial earned high points for its credibility, marketing and product development.

The most recent bottle design for Imperial was also recognized as a winner of the Communication Design-Red Dot Design Awards 2014. The Imperial bottle features a yellow band, which appears at the bottle cap when opening the bottle and works as a preventive measure for counterfeits.

Imperial was also recognized with its taste following the rigorous standards of the Scotch Whisky Association (SWA), a trade organization representing the Scotch whisky industry with a long Scottish tradition.

Yoo Ho-seung, director of public relations for the company, said that the company strictly abides by the 40 percent alcohol norm to maintain its distinctive taste.