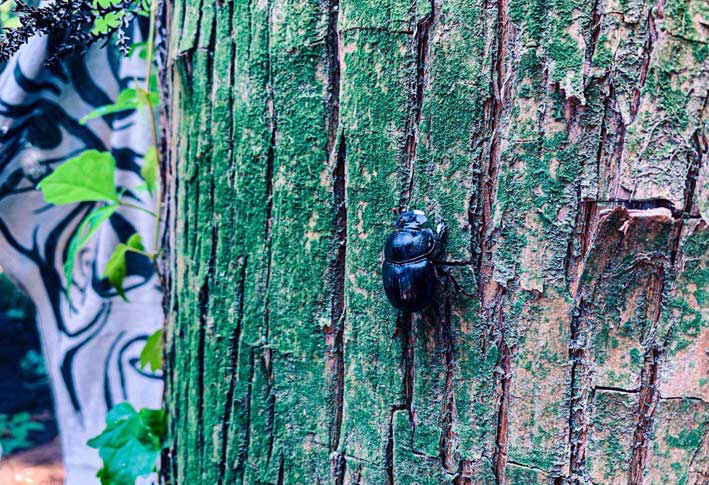 JEJU, May 31 (Korea Bizwire) — Claiming that endangered species inhabit the site of the Bijarim Road expansion project on Jeju Island, which was suspended due to controversy over damage to a redwood forest more than two months ago, the government urged Jeju to stop construction work, investigate the situation and come up with countermeasures.

The Ministry of Environment sent an official letter to Jeju Provincial Government on Wednesday, asking for measures to implement a small-scale Environmental Impact Assessment (EIA) agreement, which would stop construction through the Bijarim forest and establish environmental conservation measures.

The ministry urged Jeju authorities to submit the measures by June 28.

An official at the ministry explained that when unexpected situations occur that have not been discussed in the EIA, the ministry needs to conduct an investigation and take additional measures.

Thus, a civic group held a press conference on Thursday and urged the Jeju government to stop construction, saying endangered species such as the pitta and dung beetle are threatened by the project.

In response, a Jeju official replied that logging would be halted and an investigation would be conducted into the impact on endangered species.

However, the work will be carried out in areas where deforestation has already taken place.

The expansion project for the Bijarim Road is being carried out in the 2.9-kilometer section and extending the current two-lane road to a four-lane road.

In order to expand the road, the province had felled 900 redwood trees, but stopped construction in August of last year due to controversy over the damage to forest, before resuming construction in March of this year after a seven-month hiatus.