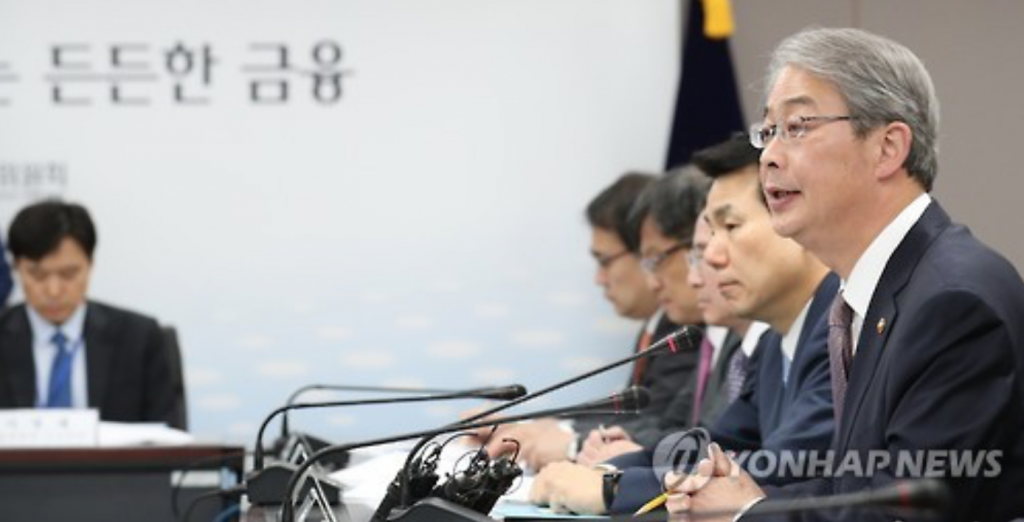 Yim Jong-yong, tapped as the nation’s finance minister, described the current situations as a crisis that’s like “stepping on thin ice.”

Yim, chairman of the Financial Services Commission (FSC), was presiding over an emergency meeting with other top officials on finance and civilian leaders in the local market.

It came amid growing worries about the implementation of government policies, with the Park Geun-hye administration gripped by a political crisis over a massive influence-peddling scandal that involves Park’s longtime friend Choi Soon-sil.

Among external uncertainties is the outcome of the U.S. presidential election slated for Tuesday (local time).

The FSC launched a joint “emergency situation room” together with the Financial Supervisory Service (FSS).

“(We) will closely monitor all financial market situations at home and abroad around the clock, strengthening cooperation with the finance ministry, the Bank of Korea and other related organizations,” Yim said.

If necessary, the government will take measures to stabilize the market without hesitance in accordance with existing contingency plans, he added.

Concerns have grown in recent weeks over potential instability of the nation’s financial market.

The benchmark stock price index KOSPI dropped to 1,982 last Friday from 2,044 in late September. The local currency also weakened to 1,143 won against the U.S. dollar from 1,101 won.