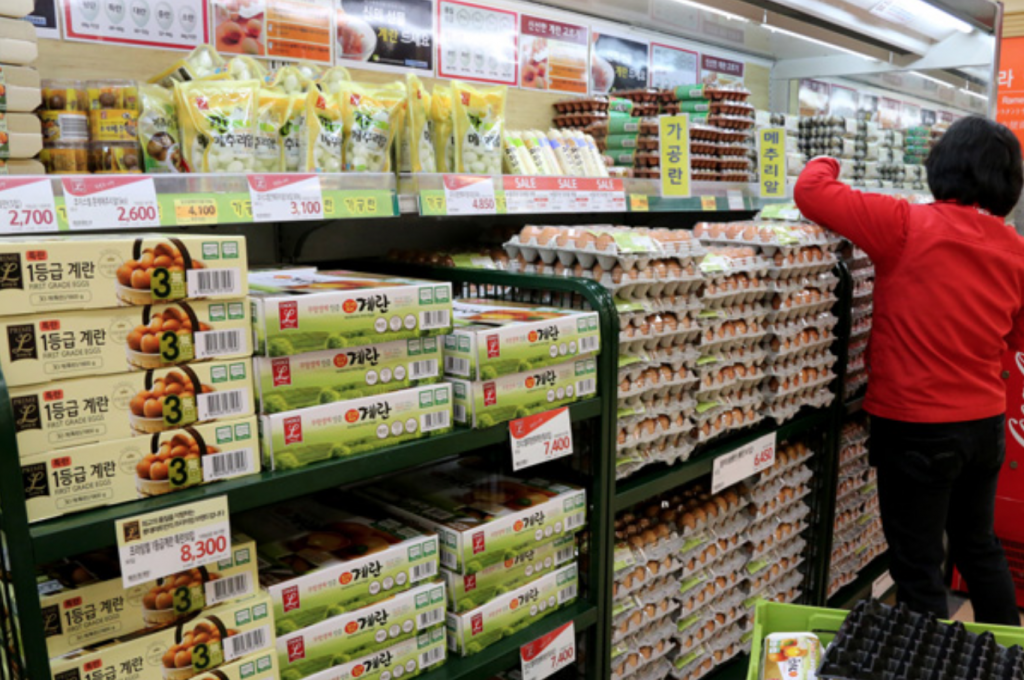 “We’ll make utmost efforts to stabilize the supply and demand at the earliest date possible given the supply shortage has brought a setback as a result of the damage from the bird flu.” (image: Yonhap)

SEOUL, May 11 (Korea Bizwire) – The South Korean government is set to import eggs from Denmark and Thailand to curb a continuing price hike here stemming from a supply shortage in the wake of the bird flu outbreak late last year, it said on Thursday.

South Korea has been dealing with rising egg prices since avian influenza (AI) spread nationwide from November last year, leading to the massive culling of chickens and the subsequent tight supplies.

The government allowed egg imports from the United States and Spain for the first time in a bid to quell the undersupply, only to end them shortly after due to AI breaking out in the two foreign markets as well.

The average retail price has since bounced back, with a tray of 30 eggs selling for around 7,900 won (US$6.97) as of May 10, up 5.3 percent from a month earlier and almost 50 percent from the previous year, according to the Korea Agro-Fisheries & Food Trade Corp. At some supermarkets, trays are sold for over 10,000 won, the authority said.

The containment of bird flu has done little to help fix the egg supply since the mass culling involved killing many laying hens. Since the AI outbreak, the authorities have slaughtered about 25.1 million laying hens, or 36 percent of those available for reproduction.

The government plan unveiled on Wednesday to purchase foreign eggs from Denmark, Thailand and the Netherlands comes amid growing concerns that the supply shortage may prolong down the road.

The Ministry of Agriculture, Food and Rural Affairs said it will ease related rules temporarily to speed up the purchase, while providing financial support for the marine transportation.

“We’ll make utmost efforts to stabilize the supply and demand at the earliest date possible given the supply shortage has brought a setback as a result of the damage from the bird flu,” a ministry official said.

The government plans to keep close tabs on price trends in foods made with eggs and chickens, so that consumers won’t need to shoulder the burden of the rising cost, it added.

As of May, South Korea’s egg production level hovers around 85 percent of the average demand, with the figure for chickens standing at about 91 percent, according to the government.