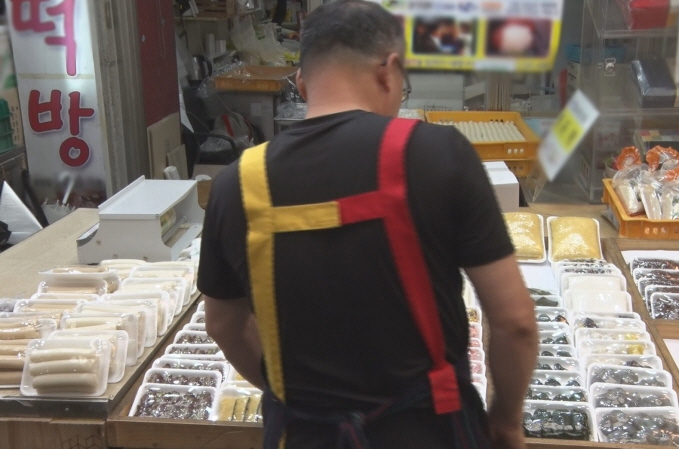 Some critics cite government policies as compounding the problems for the shopowners who are already struggling in the overcrowded market. (image: Yonhap)

SEOUL, Dec. 17 (Korea Bizwire) — The South Korean economy has one of the highest portions of individuals running their own stores and shops, and they are getting pushed to the brink by a slumping economy and policy missteps, market watchers said Monday.

Data from Statistics Korea put the number of self-employed people at some 5.63 million as of November this year, a number equal to 20.7 percent of all job holders. The figure is about double the 10 percent average in advanced nations.

According to a 2017 report from the Organization for Economic Cooperation and Development (OECD), South Korea has the third-highest number of self-employed shop operators among 38 OECD member states, after the United States and Mexico.

Economy watchers note that a large number of the self-employed, in South Korea’s case, are not so by their own choice. Many were unable to land a job, had to retire early or needed income to sustain themselves in their senior years.

The outcome, however, is hardly a success, data shows.

An analysis by the National Tax Service said that for restaurants, one of the most common businesses started by people going out on their own, 9.2 shops closed for every 10 new stores opened last year. In detail, 166,751 restaurants reported closure last year, equal to 92 percent of the number of new restaurants registered with the tax authority.

Some critics cite government policies as compounding the problems for the shopowners who are already struggling in the overcrowded market. The most often-named misstep is the hike in minimum wage that rose 16.4 percent this year and will rise by 10.9 percent next year

The Bank of Korea said the value of loans by the self-employed reached 590.7 trillion won (US$521.91 billion) as of the end of the second quarter this year, up 15.6 percent from a year ago. The figure is more than double the 7 percent increase for household loans. Given such growing dependence on borrowed money, even a slight skid in business could have ruinous results, critics say.

The government so far has offered fund assistance, lower commission fees for credit card transactions and tax reductions to assist the shopowners.

An announcement is expected within this month with another set of rescue measures, but the dominant view is that the package will not have the intended effect without something dramatic.

“I don’t see room for improvement without corrections to the government policies, like the minimum wage hike,” economics professor Yoon Chang-hyun of University of Seoul said. “Measures like lower credit card commission fees have benefits when things are being sold. The priority should be on enlivening the economy and boosting domestic demand.”

Other watchers say the government’s economic policy erred in not realizing the high ratio of the self-employed in the country’s economy. Instead of targeted support for shopowners, the government needed to put the support in the bigger context of the national economic policy, they argue.

“There is a repetition of the policy for one segment becoming a problem for another segment, and the government adopts another policy to solve that, and the resulting cost is placed on another segment,” Professor Sung Tae-yoon of Yonsei University said. “The important thing is not to veer away from economic principles.”