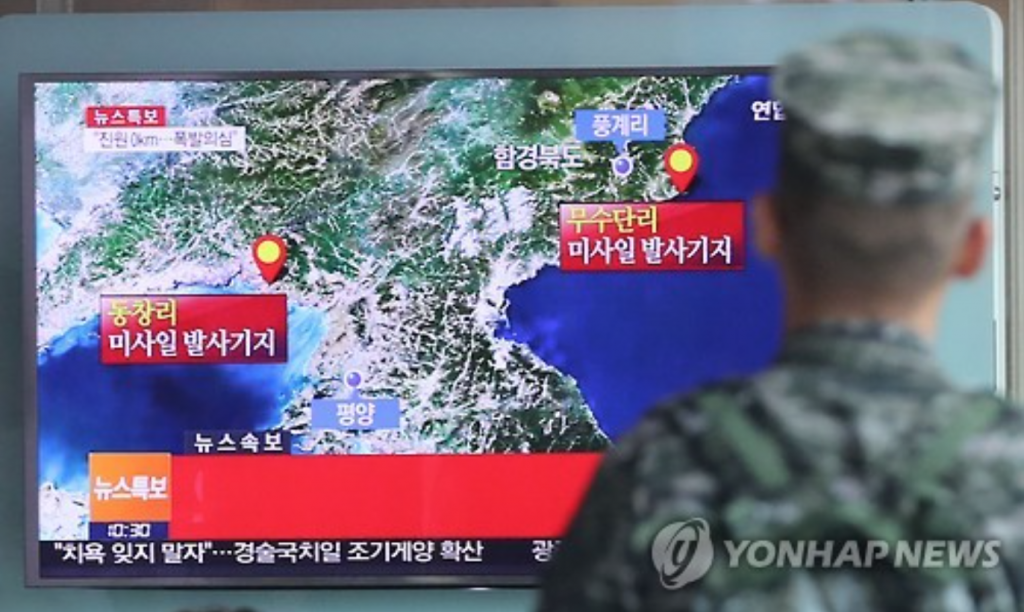 SEOUL, Sept. 9 (Korea Bizwire) – North Korea appears to have conducted its fifth nuclear test Friday, South Korea’s military said, a move that may be aimed at showing its defiance against the international community.

A magnitude 5 earthquake was detected near North Korea’s nuclear site in its northeastern region, Seoul’s Joint Chiefs of Staff (JCS) said in a statement.

“We estimate the North has carried out the biggest-ever test given the yield of the North’s nuclear test that reached 10 kilotons,” the statement said. For comparison, the Hiroshima bomb had a 16 kiloton yield.

The artificial quake was detected near North Korea’s Punggye-ri at around 9:30 a.m. and the military is currently analyzing details of the possible nuclear test, the JCS said.

A government source said Pyongyang likely conducted a nuclear test on the occasion of its 68th anniversary of the establishment of its regime, which falls on Friday.

The epicenter is believed to be the same as the location where North Korea conducted its fourth nuclear test in January. Pyongyang also conducted nuke tests in 2006, 2009 and 2013.

In March, the U.N. Security Council slapped its toughest sanctions on Pyongyang for its nuclear test and long-range rocket launch early this year.

North Korea has threatened to conduct a fifth nuclear test, claiming it has the full capacity to carry out pre-emptive nuclear strikes.

In March, North Korean leader Kim Jong-un ordered his officials to conduct a nuclear warhead test and more test-fires of ballistic missiles as soon as possible.

South Korea’s prime minister is chairing an emergency National Security Council (NSC) meeting to discuss how to deal with the latest development.

Seoul’s foreign ministry said it is discussing the issue with the United States and other countries via diplomatic channels.

Related to North Korea’s latest act, the White House said it is aware of seismic activity near the North’s nuclear site as the communist nation is strongly suspected of conducting what would be its fifth nuclear test.

“We are aware of seismic activity on the Korean Peninsula in the vicinity of a known North Korean nuclear test site,” National Security Council spokesman Ned Price said. “We are monitoring and continuing to assess the situation in close coordination with our regional partners.”