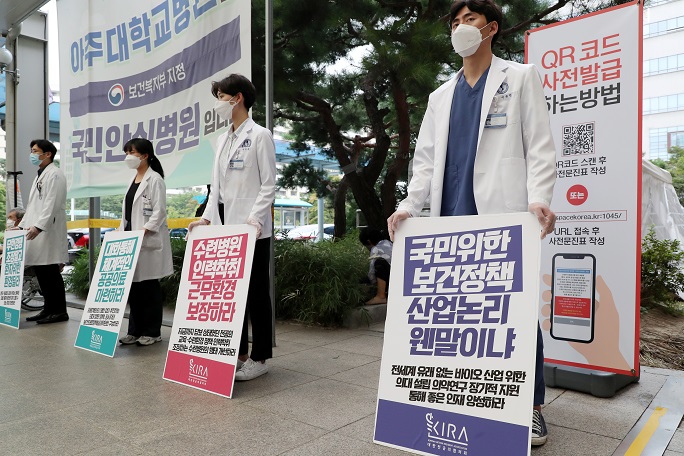 SEOUL, Dec. 31 (Korea Bizwire) — After months of controversies, the government decided Thursday to give a second chance to take the state medical licensing exam to fourth-year medical students who boycotted it in protest of a medical workforce reform plan.

Around 2,700 senior students refused to take the state licensing exam, which took place in September, as they joined a nationwide strike by doctors, urging the government to withdraw its plan to increase admission quotas at medical schools.

The annual exam will be held twice next year, with the first one slated for late January, as a total of 6,000 medical students are expected to take the exams, the Ministry of Health and Welfare said.

The ministry said the decision to grant the second chance was made as general hospitals across the country may suffer major manpower shortages next year amid the novel coronavirus pandemic.

The health ministry earlier repeated its stance that the medical students will not be allowed to retake the exam, as allowing them to do so would be unfair.

The government has said public opinion is still overwhelmingly negative toward giving another chance to students who withdrew their applications.

“We express regret for causing such confusion and discomfort for the people,” Lee Ki-il, a senior health ministry official, told a press conference Thursday, adding that the exams will be swiftly taken to secure internship positions needed in non-capital areas.

The government’s plan to expand the number of medical students by 4,000 over the next 10 years and open a new public medical school sparked tensions within the medical sector.

Thousands of trainee doctors staged a strike for 18 days starting in mid-August over the policy.

A group of doctors and the ruling party agreed in early September to end a nationwide walkout on concerns that the prolonged collective action could disrupt the health care system amid the new coronavirus outbreak.

In response to the deal, the government backed down and promised to suspend the medical reform plan in early September.

But the public has been skeptical about giving a second chance to the students as they claim their move to skip the exam was their own decision.