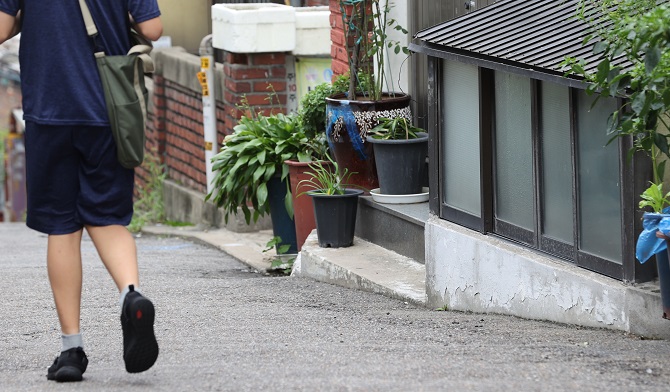 This file photo taken on Aug. 15, 2022, shows a semi-basement apartment in Seoul. (Yonhap)

SEOUL, Sept. 28 (Korea Bizwire) — The government on Tuesday announced a plan to buy semi-basement homes with a high risk of being flooded and rebuild them as above-ground homes.

To this end, the government plans to provide a variety of support aimed at helping underground dwellers move to above-ground homes.

According to the Ministry of Land, Infrastructure and Transport, the state-run Korea Land and Housing Corp. (LH) will buy semi-basement homes so they can be rebuilt.

The semi-basement homes in disaster-vulnerable areas will be rebuilt as joint usage facilities such as warehouses for residents and communities rather than being used as rental houses.

For those who live in semi-basement homes in frequently flooded areas, the government will assist with their move to above-ground homes with more spaces and newer construction.

To ease the economic burden stemming from relocation, the government will provide initial settlement funds, and cover the cost of moving.

When the dwellers do not want to move, the government will install and reinforce flooding prevention facilities, including drainage pumps, water stops and flood alarm devices.