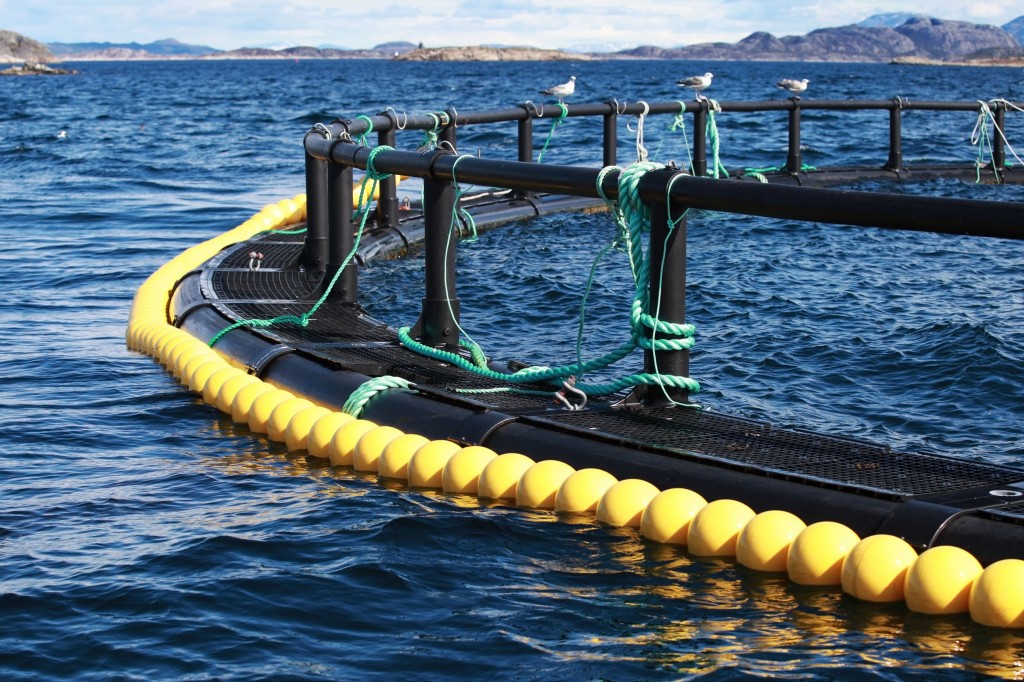 Ministry officials said the decision is based on the outlook that fish farming can become a lucrative industry when supported by the right technology and facilities. South Korea can have its own version of Norway’s giant seafood Marine Harvest, they said. (image: KobizMedia/ Korea Bizwire)

In a policy goal report for 2017, the Ministry of Oceans and Fisheries said it will allow large conglomerates to operate fish farms for salmon, bluefin tuna and other kinds that require high-cost facility investments. Companies with total assets of more than 500 billion won (US$419.6 million) or annual sales of over 100 billion won are eligible.

The size of allowed offshore farms will be enlarged to 60 hectares from the current 20 hectares, the ministry reported.

Ministry officials said the decision is based on the outlook that fish farming can become a lucrative industry when supported by the right technology and facilities. South Korea can have its own version of Norway’s giant seafood Marine Harvest, they said.

The government will also encourage the farming of pollack, which South Korea last year succeeded in farm breeding, the ministry said in its report.

In an advance briefing on Thursday, Oceans Minister Kim Young-suk said the local fishing industry had been restricted because of the high cost required in raising certain types of fish. “More than 140 companies showed interest in the fish farming business at last year’s investment forum,” he said.

Ministry officials played down worries that conglomerates’ entry into the business will hurt small-time fishermen, saying their areas of business do not overlap.

“Bluefin tuna and salmon both require large-scale facility investment,” Kim Jae-chul, who oversees fishing industry policy, said at the briefing. “They do not fall into conflicting interests with ordinary fishermen. The fishermen understand that such fish farms need independent facilities and advanced technology.”

The ministry said it will open more support centers abroad to help fisheries exports to the United States, Japan, Southeast Asia and other potential markets, aiming for $2.5 billion won in exports this year.

The ministry addressed the problem of illegal fishing by Chinese boats by planning a regional management agency to patrol the country’s waters. The South Sea Fisheries Management Service will open in May to crack down on the illegally operating boats, the third after the ones in place for the eastern and western waters. The new office will get four 1,500-ton patrol boats that are being built.

Officials said they are discussing whether or not to launch a new organization to oversee the three regional agencies.

The policy goal also included establishing 10 high-brand fishing-themed villages as tourist attractions. The selection process will begin in May, according to the officials.