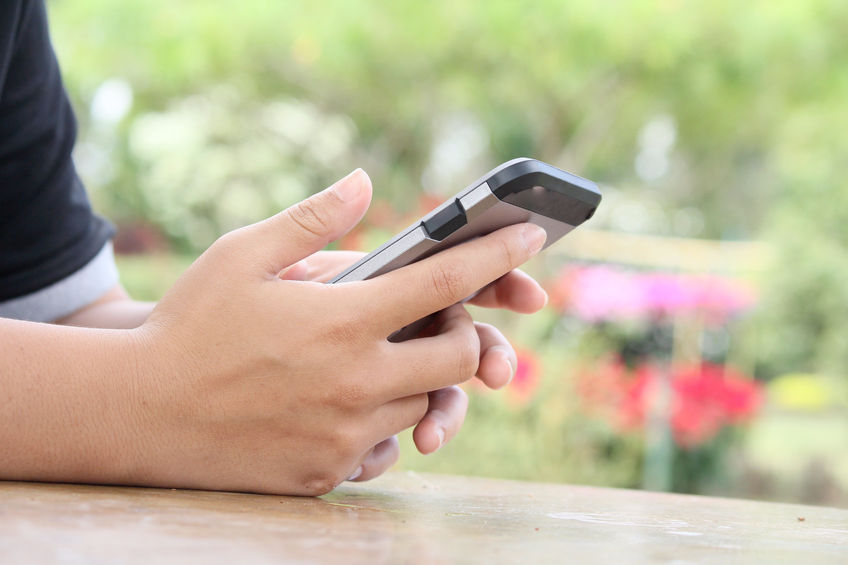 According to a survey, 29.2 percent of the adolescents were heavily dependent on smartphones last year, up sharply from 11.4 percent in 2011. (image: Korea Bizwire)

SEOUL, April 13 (Korea Bizwire) — The government said Monday it will take a set of measures to tackle the problem of smartphone addiction among adolescents that has been worsening in recent years.

According to a survey commissioned by the Ministry of Science, ICT, and Future Planning, 29.2 percent of the adolescents were heavily dependent on smartphones last year, up sharply from 11.4 percent in 2011. The percentage was more than twice the comparable figure of 11.3 percent for adults.

The study was conducted last year on 15,000 South Koreans aged 10-59. It defines those who have difficulty in their everyday lives due to dependency on smartphones as the addition-prone group.

Middle-school students were more likely to be addicted to smartphones than other groups, while children from double-income families were more inclined to become addicted.

More than half of the teenagers responded that smartphones distract them from studying, while 51.7 percent said that spending a lot of time on smartphones has become a habit. Another 49.6 percent said they become jittery when not using smartphones, according to the findings.

To deal with the issue of smartphone addiction, the ministry said it will provide related education programs at schools, and issue counseling guidelines for high-risk students.

The government also plans to provide teenagers from low-income bracket households with an incentive of up to 500,000 won (US$456) to receive special treatments from hospitals in case of serious addictions.

Meanwhile, the survey also showed that the respondents spent 256.5 minutes on smartphones everyday, while the addiction-prone group put in 318.5 minutes.

Mobile messengers accounted for 40.3 percent of the time, followed by news with 37.2 percent and games with 21.7 percent, according to the survey.