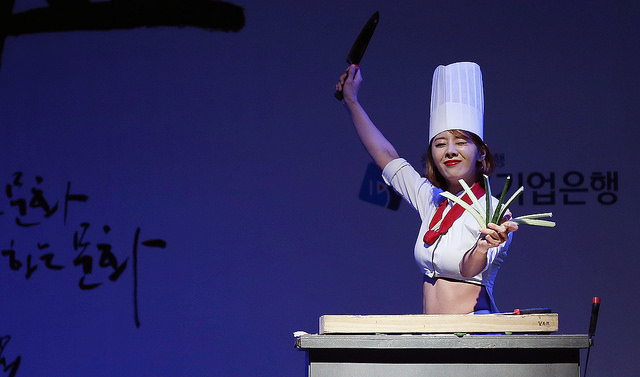 The CJ E&M Center will play a crucial role in planning and developing content. (image:Republic of Korea/flickr)

President Park presented upcoming projects in the business belt, as well as other planned ventures. ‘K-Culture Valley,’ a one trillion won cultural complex, will be developed by CJ and Gyeonggi-do, in the city of Goyang. The Korean government expects that the complex will result in economic spinoffs of 25 trillion won (US$ 22.6 billion) and will create 170,000 jobs for the ten years following its completion.

The CJ E&M Center will play a crucial role in planning and developing content. A venture complex due to be opened by the end of this year will be in charge of producing and commercializing content, while an academy planned to be completed by the end of 2016 will focus on R&D and fostering workers for the content industry.

The belt is expected to be in a virtuous business circle, with its complexes networking with one another to invest, plan and produce contents.