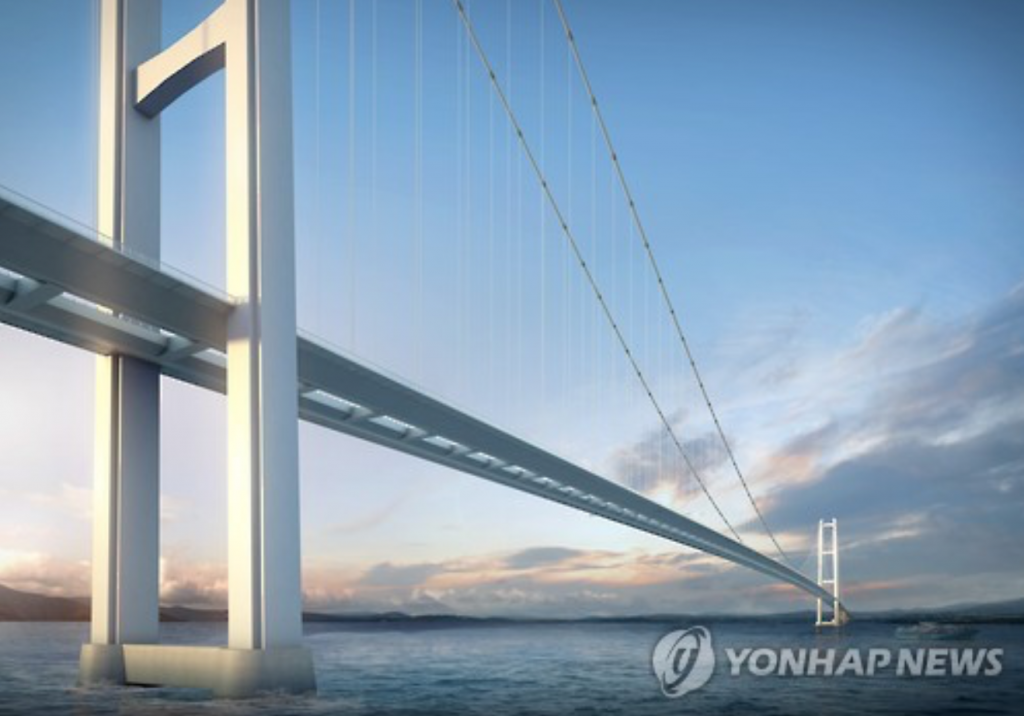 Rendered image of the Canakkale 1915 Bridge, which will become the world’s longest suspension bridge when built. (image: Yonhap)

SEOUL, March 19 (Korea Bizwire) – A groundbreaking ceremony has been held in a Turkish seaport for the construction of the world’s longest suspension bridge by an international consortium led by South Korean builder SK E&C, industry sources said Sunday.

The ceremony took place on Saturday in Canakkale, Turkey, to coincide with the 60th anniversary of the normalization of diplomatic ties between South Korea and Turkey. South Korea’s Land, Infrastructure and Transport Minister Kang Ho-in, Turkish President Recep Tayyip Erdogan and other dignitaries were present for the ceremony, the sources from SK E&C and Daelim Industrial Co. said.

Daelim is another partner of the consortium to build a 3.7-kilometer suspension bridge, known as the Canakkale 1915 Bridge.

The consortium, that also includes Turkey’s Yapi Merkezi Construction and Industry, was named the sole preferred bidder for the US$3 billion deal in late January.

“The construction of the Canakkale 1915 Bridge should not be just a bridge building project, but the beginning of a comprehensive infrastructure cooperation in sharing development ideas, technology and personnel and joint development projects,” Kang said.

The consortium will build the bridge to link the Black Sea and Mediterranean Sea in the Dardanelles Strait in northwestern Turkey.

It will build and operate the bridge for 16 years and two months before transferring the ownership to the Turkish government, the source said.

The ceremony date was also set to mark the March 18 victory at the Dardanelles Campaign, the Ottoman Empire’s victory in the naval operations against Britain, Russia and Australia for control of the strait during World War I.