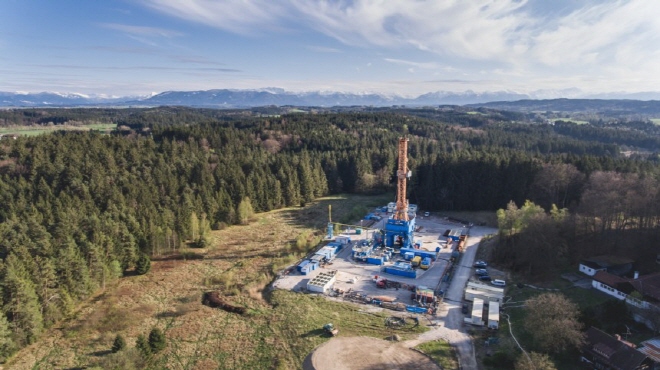 The next chapter of the energy revolution is being written in Geretsried. The world’s first commercially operated Eavor-Loop™ system is being built using new and innovative closed-loop geothermal technology.

Andreas Gahr, Co-Managing Director of Eavor Erdwärme Geretsried GmbH, says: “This lighthouse project is intended to serve as a pioneer for a massive expansion of Eavor’s closed-loop geothermal energy in Germany and Europe, with the potential to make a significant contribution to energy security and climate neutrality.”

In a first construction phase, an Eavor-Loop™ will be built for power generation. Eavor is thus demonstrating the feasibility and predictability of its technological concept for the first time in Europe.

As the project continues to develop, the plant will be expanded to include several Eavor Loops with the aim of being able to supply the region with clean and safe heat sustainably and economically.

“I am delighted that Eavor has chosen Geretsried as the site for its first commercial project worldwide. Having experienced two failed attempts with traditional geothermal technology, we are eager to see how this project progresses.” For our region and for Bavaria, the use of geothermal energy is an essential step for the success of the energy transition and locally for the regional supply of climate-friendly heat,” commented the first mayor of Geretsried, Michael Müller.

“We are proud to be noticed far beyond our region with this largest renewable energy project in the district and to be technologically at the forefront of the energy transition with Eavor’s Closed Loop,” says the district administrator of the Bad Tölz-Wolfratshausen district, Josef Niedermaier.

The construction of these drilling sites with the simultaneous use of two deep drilling rigs is unique and marks the beginning of the use of this technological innovation. The Eavor-Loop™ uses the natural heat from the earth like an underground heat exchanger. An environmentally neutral heat medium is heated by the earth via conduction and circulates in a closed network of boreholes. This is unique in geothermal energy and provides a reliable and consistent source of energy. Eavor’s technology eliminates the exploration risk and is also predictable, baseload capable and safe. An Eavor-Loop™ can be installed almost anywhere at the point of need and provide reliable power and heat.

Eavor (pronounced “Ever”) is a technology-based energy company led by a team dedicated to creating a clean, reliable and affordable energy future on a global scale. Eavor’s solution (Eavor-Loop™) represents the world’s first scalable form of clean, baseload capable energy. Eavor achieves this by mitigating or eliminating many of the problems that have traditionally hindered the widespread application of geothermal energy. At Eavor, an environmentally neutral working fluid, completely isolated from the environment in a closed loop, circulates through an underground heat exchanger. This collects heat from the earth’s natural geothermal gradient.