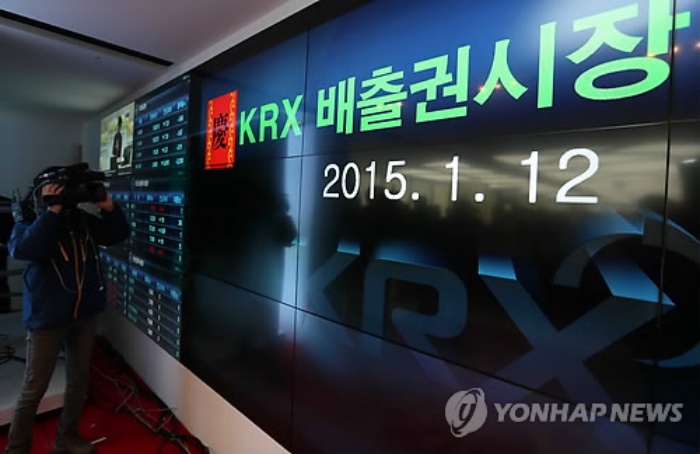 SEOUL, March 13 (Korea Bizwire) – Carbon emissions trading is growing in South Korea as more companies are compelled to abide by the government’s scheme to reduce carbon-dioxide emissions, but many businesses fear they won’t meet emissions targets this year.

Companies are required to have any emissions excess deducted from their permitted amount for the following year, or buy more emissions credits from other companies in order to avoid paying fines.

However, with the deadline for the annual evaluation of carbon emissions only three months away, critics claim the recurring problems of price control around the same time are the result of a lack of liquidity in the market.

Korea South-East Power Co. Ltd, for instance, is reportedly expected to exceed its level of permitted emissions. However, the energy company is having a hard time buying emissions credits from other companies like Samsung, which bought a huge number of credits prior to the introduction of emissions trading in Korea back in 2015.

As of now, around 600 companies under CO2 emission regulations have a right to buy and sell emissions credits, but little trade actually takes place as companies with excess credits see no merit to selling them when they can directly affect manufacturing output.

Last year, 5.3 billion tons of CO2 emissions were permitted by the government, but only 510 million tons were exchanged in the market, making up only one percent of the total amount.

Industry experts point to a lack of certainty in the government’s emissions policy as well as companies with excess permits taking precautions against volatility in explaining the lack of liquidity in the carbon emissions market.

With some companies calling on the government to intervene and loosen the cap on emissions, an insider at Korea Exchange said, “We are considering ways to generate more liquidity in the market such as conducting more promotional activities or offering to cut commission fees for companies that sell their permits.”