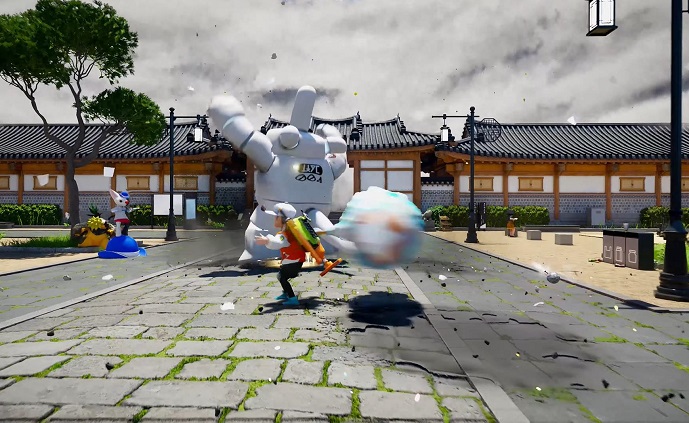 This photo, provided by Pearl Abyss, shows part of the game play video of “DokeV.”

SEOUL, Sept. 9 (Korea Bizwire) — An increasing number of games are introducing Korean backdrops, instead of the more common western or Japanese settings.

The game’s teaser, which has already surpassed 7 million views on YouTube, showed a little boy traveling the streets of Jeju Island and its coastal roads to explore and collect items.

The backdrop is set in a small Korean city in the 1980s, where cars like the Hyundai Pony Coupe, released in 1974, and concrete buildings with slate roofs appear for gamers to use as a means of transportation or cover.

Other games like “Call of Duty” and “Overwatch” have also begun to introduce Korean backdrops.