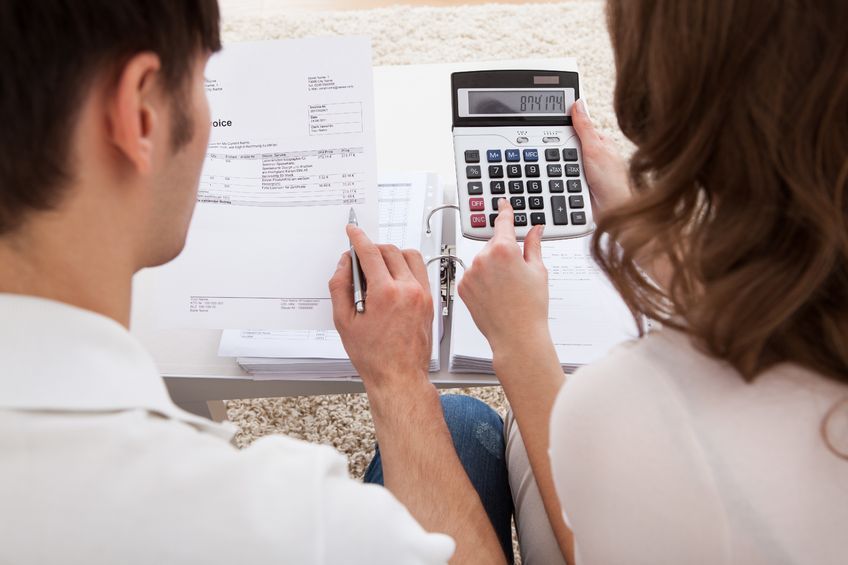 According to the report, as of October last year, there were 11.78 million of households with spouses and among them, 5.05 million or 42.9 percent were dual-income households.(image: Kobizmedia/ Korea Wizwire)

SEOUL, June 27 (Korea Bizwire) – A recent survey revealed that one in two Korean couples in their 40s and 50s are dual-income earners as they have to foot the bill arranged for their kids’ “future” : They have to spend a large sum of money for their children’s education. 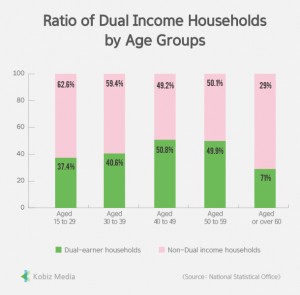 The National Statistical Office released a report titled “Variation of Dual Income Households in 2013” on June 25. According to the report, as of October last year, there were 11.78 million of households with spouses and among them, 5.05 million or 42.9 percent were dual-income households.

Among the total households, 4.97 million or 42.2 percent were single-income households and 1.75 million were jobless.

For the ratio of dual-income households among the total households with spouses, couples in their 40s (50.8%) and in their 50s (49.9%) topped among the age groups as they have large expenditures including the educational cost for their children.

By industry where the income earners were engaged in, the dual-income rate was high in agriculture, forestry and fishery industries with 83.0 percent, followed by wholesale and retail and lodging and restaurant industries with 58.4 percent. It is surmised that there are many couples farming together or doing their own small retail businesses.

By region, the portion of dual-income households in Jeju topped with 60.9 percent and South Jeolla Province (55.7%) and North Gyeongsang Province (52.8%). Those regions have relatively high ratios of people engaged in agriculture, forestry and fishery industries as well as wholesale and retail and lodging and restaurant industries.

Meanwhile, among the dual-income households, 447,000 were not cohabiting each other, which means some 8.8 percent of dual-income families are living in different regions to support themselves.