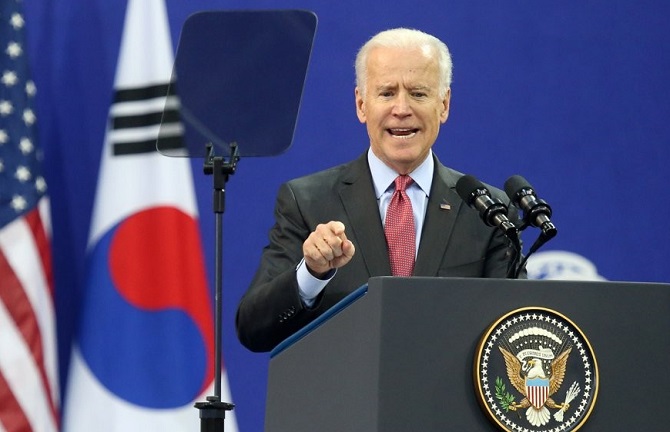 This file photo shows U.S. President-elect Joe Biden during his visit to South Korea in 2013 as then vice president of the U.S. (Yonhap)

SEOUL, Nov. 9 (Korea Bizwire) — Nearly half of South Koreans believe that there will be no major impact on inter-Korean relations when U.S. President-elect Joe Biden takes office early next year, a poll showed Monday.

In the Realmeter survey of 500 people nationwide, aged 18 or older, conducted last Friday on prospects for Seoul-Pyongyang relations during Biden’s term, 48.8 percent said there would be “little difference.”

Only 16.4 percent betted on an improvement in relations, while 26.5 percent said relations are likely to worsen.

Many observers say Biden will likely take a more prudent and step-by-step approach toward Pyongyang, as the Moon Jae-in administration of South Korea seeks to advance the Korea peace process and create a “virtuous cycle” of improving relations with the North.

The poll was commissioned by a local broadcaster YTN and the margin of error is plus and minus 4.4 percentage points.