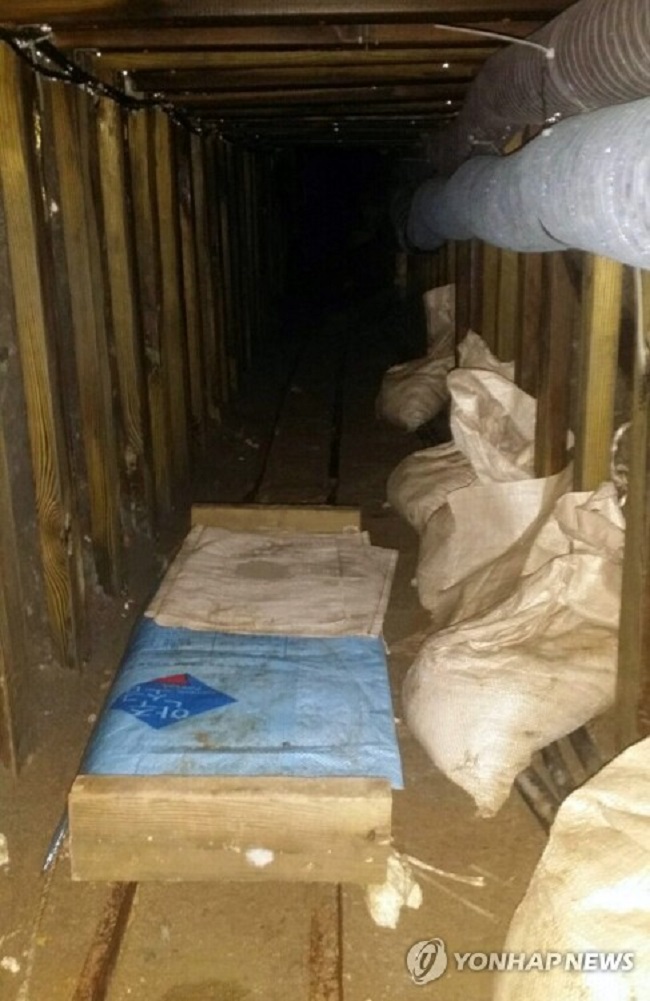 After 45 days of digging, the thieves reached an underground oil pipeline and started to steal oil through a rubber hose they linked to the pipeline, according to the police.(Image: Yonhap)

IKSAN, South Korea, Aug. 23 (Korea Bizwire) — Police said Wednesday they have arrested two members of a six-man theft ring accused of having dug a 40-meter tunnel in South Korea’s central province of North Chungcheong for more than one month to pilfer oil from an underground pipeline.

The Iksan Police Station in southwestern South Korea also booked an accomplice and the owner of a gas station involved in the alleged distribution of stolen oil without physical detention.

The gang, including its leader surnamed Lee, met at a warehouse in the town of Okcheon in the province in March and began to dig the tunnel with shovels and hoes to access the supply pipeline of the state-run Daehan Oil Pipeline Corp.

After 45 days of digging, the thieves reached an underground oil pipeline and started to steal oil through a rubber hose they linked to the pipeline, according to the police. They loaded 10,000 to 20,000 liters of the stolen oil a day onto a truck remodeled into a tanker.

According to the police, the oil pilferers installed a CCTV near the tunnel to monitor for police crackdowns. In the last three months, they managed to steal 370,000 liters of oil worth 480 million won (about US$423,300) from the pipeline.

They sold the stolen oil to two gas station in Iksan, North Jeolla Province, at a price that was 200 to 250 won cheaper than the list price. The clandestine trade between the thieves and the gas stations was detected by the Iksan police in less than a month.

The police, which noticed the transfer of the stolen oil to the gas stations, have secured the rubber hose and the CCTV.

“In the past, many oil pilferers operated construction equipment to dig a tunnel, but the gang dug a tunnel more for than a month without construction equipment,” a police official said, adding they have notified the state-run oil pipeline company of the theft and have been checking out to see where there are other similar theft cases.