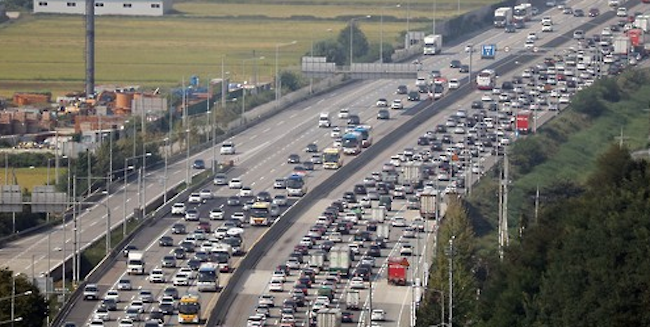 The Moon Jae-in government earlier designated Oct. 2 as a one-off holiday to bridge the Sept. 30 weekend with the Chuseok holiday, National Foundation Day and Hangeul Day, which commemorates the invention of the Korean alphabet that falls on Oct. 9. (Image: Yonhap)

The government designated October 2 as a one-off holiday to bridge the September 30 weekend with the Chuseok holiday, National Foundation Day and Hangeul Day, which commemorates the invention of the Korean alphabet that falls on October 9.

The government hopes the longest holiday in decades will help spur domestic consumption and thus the country’s sagging economy, but critics are concerned about the fallout to industrial output and exports, the main growth engines of South Korea’s economy.

Citibank Korea said in a report recently that South Korea is forecast to post single-digit growth in exports in the fourth quarter of this year due to the base effect and curtailed working days caused by the very long Chuseok holiday period.

The South Korean economy grew 2.7 percent in the second quarter vis-a-vis the year before, down from 2.9 percent gains posted in the first three months of this year.

The Bank of Korea in July raised its growth outlook for South Korea’s gross domestic product to 2.8 percent for 2017, up 0.2 percentage point from its previous estimate in April. 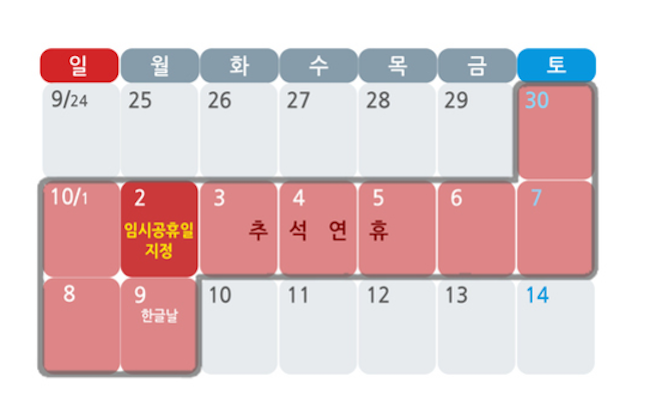 Despite such rosy views some have argued that domestic spending will not increase as expected since many people have booked trips abroad for the long holiday. (Image: Yonhap)

Joo Won of the Hyundai Research Institute, however, claimed the long holiday will most likely have little impact on annual exports.

“The Chuseok holiday period will most certainly have an adverse impact on the monthly shipment volume in October but not the annual export size, because total shipments will be dispersed before and after the holiday,” he said.

Another expert said, “Shipments are not delayed due to the Chuseok holiday period as they are usually made on long-term contracts.”

The industry watcher dismissed concerns of possible production cuts, saying, “Factories should have produced enough goods in advance to meet the demand.”

Factories making semiconductors, display panels, steel and petrochemicals, South Korea’s major export items, will continue to operate during the Chuseok holiday period as they cannot stop operations due to the nature of these industries, he pointed out.

South Korea’s major shipyards and automakers will suspend operations during the holiday.

“Production will also rise to some extent, helped by the long holiday leading to surging consumption,” Lee Geun Tae of the LG Economic Research Institute said.

In 2015, the government designated August 14, sandwiched between a Sunday and National Liberation Day, as a one-off holiday.

Sales at major department stores and shopping malls rose 7 percent and 26 percent, respectively, during the four-day holiday compared to the previous year despite the plunging consumption at the time, affected by the Middle East Respiratory Syndrome (MERS) outbreak.

Despite such rosy views some have argued that domestic spending will not increase as expected since many people have booked trips abroad for the long holiday.

Major tour agencies have reported that they have received more than twice the number of overseas bookings for the Chuseok holiday period compared to last year, noting most air tickets abroad during the holiday have been sold out.

It is also unclear if the holiday will prompt consumers to spend more amid slowing income growth in recent years.

“I doubt domestic spending will grow substantially during the holiday due to the lack of money by households and the uneasiness caused by the North Korean nuclear threats, although the long holiday will have a positive effect on domestic tourism and raise spending at department stores,” professor Kim Jeong Sik of Yonsei University said.