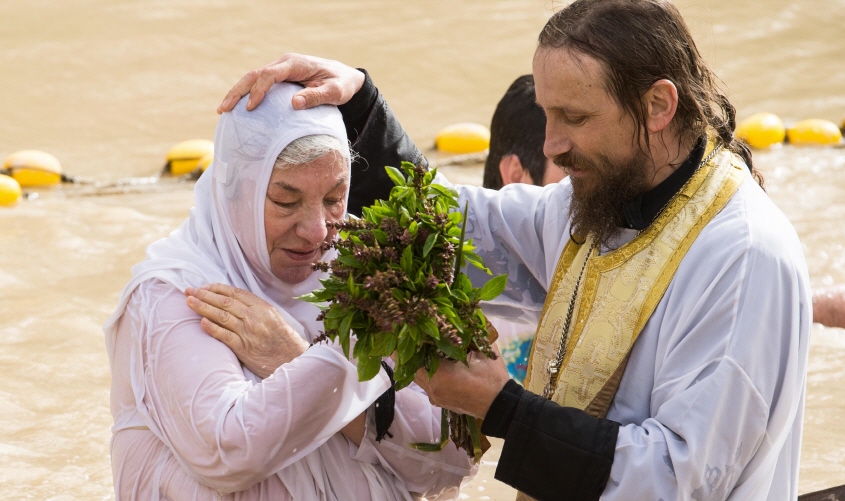 THORNHILL, SCOTLAND, May 16 (Korea Bizwire) - The British mine clearance organisation the HALO Trust has been granted approval by both the Israeli and Palestinian authorities and eight Christian denominations to begin mine clearance at the site of the Baptism of Christ in the West Bank.

The site, which is called Qaser al-Yahud, consists of a 136 acre minefield that has blocked access to seven churches since the 1967 Six Day War. Clearing the mines will allow the churches, which belong to the Roman Catholic Church and the Coptic, Ethiopian, Greek, Romanian, Syrian and Russian orthodoxies, to be restored to their proper purpose and enjoyed by thousands of pilgrims and visitors. A plot of land belonging to the Armenian Orthodox church will also be de-mined.

The Israeli National Mine Action Authority (INMAA) approached the HALO Trust following previous successful HALO mine clearance projects elsewhere in the West Bank. The HALO Trust is now appealing to congregations and foundations worldwide to raise the funds for clearance, which is expected to cost around $4 million.

James Cowan, CEO of HALO said:
‘The HALO Trust has been demining in the West Bank for two years, during which time we have built bridges across religious, cultural and political divides. It is my belief that clearing this iconic site of landmines will benefit all humanity for centuries to come.’

The Archbishop of Canterbury, Justin Welby, said:
‘It is a source of much pain that a traditional site of the Baptism of Christ is now a site scarred by the debris of war. In making the land safe again, the HALO Trust is bringing a symbol of hope to a region that struggles with deeply-held divisions. At the heart of the Gospel of Jesus Christ is a message of reconciliation, so it is an inspiration to see HALO’s work helping communities to overcome these divisions. Everybody wants to see this land returned to use by the local Churches as a place of peaceful prayer and worship: HALO is reaching across the divide to make this vision a reality.’

Mor Severios Malke Mourad, Archbishop of the Syrian Orthodox church in Jerusalem said:
‘At a time when many religious sites are being destroyed in the Middle East, the clearance of these churches by the HALO Trust offers a powerful symbol of hope. The Syrian Orthodox church supports HALO’s deminers in their task, which will enable us to conduct mass and prayer in safety.’

Fr. Pierbattista Pizzaballa, Custos of The Holy Land said:
‘The Franciscan church has long tradition of worship at Qaser al-Yahud, particularly at Epiphany. Whilst we continue to do so today, our access has been limited due to the deadly legacy of landmines. We look forward to the day when, thanks to HALO, we will be able to celebrate the sacrament of Christ’s baptism in safety.’

For interviews with James Cowan and raw broadcast footage please emaillouise.vaughan@halotrust.org or call Louise, Olivia Meader or Marcie Bell on +44 (0) 1848 331 100

To view videos of the project, please visit:

1. Initial surveys conducted by HALO and INMAA estimated that there are around 2,600 anti-tank mines (AT) and over 1,200 anti-personnel mines (AP) to be cleared at the site. The exact number of explosive remnants of war (ERW) is unknown. Clearance will cover an area of 1,022,770 square metres and include AP and AT mines, booby traps and ERW.

2. The HALO Trust was founded in 1988 and operates in 15 countries and 4 territories. Its mission is to lead the effort to protect lives and restore livelihoods threatened by landmines and the debris of war.

Source: The HALO Trust via Marketwired