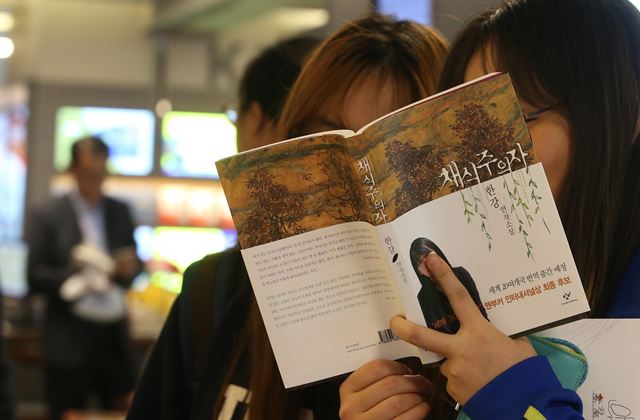 “The Vegetarian” was the 2016 winner of Man Booker International, dealing with the story of an ordinary woman’s refusal to eat meat and how that affects her life. (Yonhap)

The National Theater Company of Korea plans to premier the theater version of “The Vegetarian” from May to June next year at its Theater Pan in Seoul, directed by Selma Alaoui of Belgium, the national company said at a press conference Wednesday.

Following the premiere in Seoul, the play will move to Belgium’s Theatre De Liege starting in March 2021, according to the company.

“The Vegetarian” was the 2016 winner of Man Booker International, dealing with the story of an ordinary woman’s refusal to eat meat and how that affects her life.

The plan is part of the national theater company’s exchange program with foreign countries to mark the 70th anniversary of its founding next year.

Under the program, South Korean theater director Bae Yo-seop will stage his new work at the Belgian theater in 2021 in collaboration with European artists, according to the company.

“(We) worked with Tokyo Metropolitan Theatre over the past three years, and the second case of (our foreign exchange) is Belgium’s Theatre De Liege,” the artistic director said.