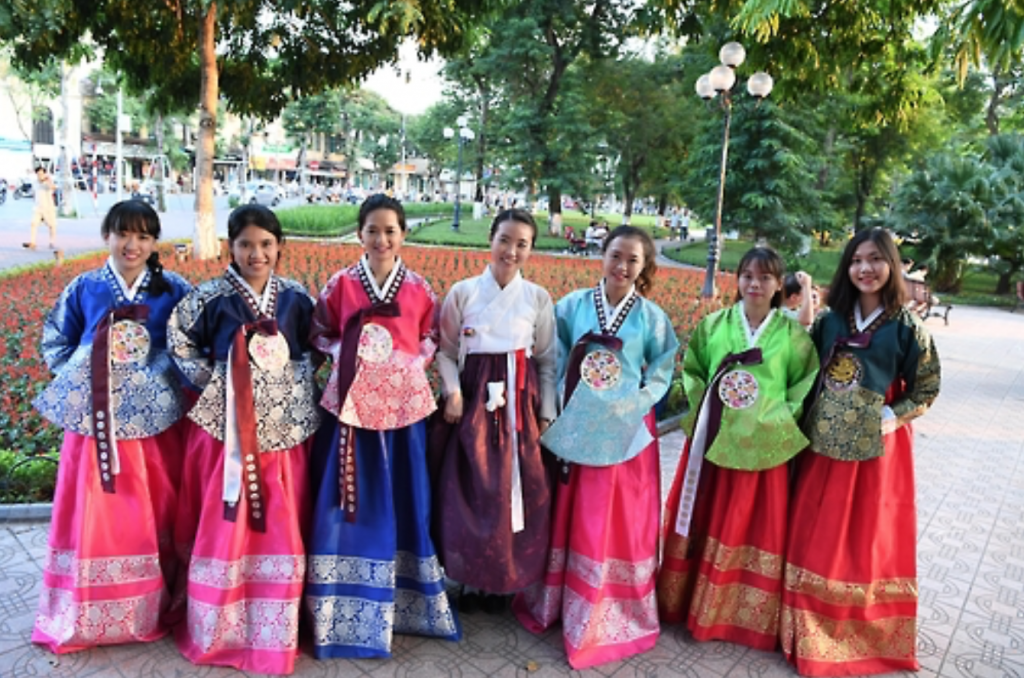 It was her first visit to the country to promote the Korean traditional attire.

“I have been traveling the world in hanbok to let people see and appreciate Korean traditional beauty,” Kwon said during a recent interview with Yonhap News Agency. “I am happy to know that people in the Southeast Asian country seem familiar with hanbok.”

During her visit to Vietnam, she was invited by the Korean Cultural Center to give a lecture about hanbok in front of some 20 Vietnamese K-pop fans.

While working at a university consulting students on their careers, Kwon has been traveling in hanbok since 2013.

“Many people believe that it is inconvenient to wear the dress in daily life. I wanted to change the perception,” she said.

She has traveled around 30 cites in 11 countries including Nepal, Italy and Spain, to push the boundary of the clothes and to find out herself if it is really that uncomfortable.

“When I visited Bangkok in June, local people approached me, asking to take a photo with them. Because of ‘hallyu’ many recognized and seemed familiar with hanbok,” she said. “Hallyu” or the Korean Wave, refers to the popularity of Korean cultural products like K-pop and entertainment programs.

She also leads “Hanboknoledan” as its third president. The hanbok promotion group was founded in 2011 to show the potential of the traditional garment as everyday dress by holding various events such as dancing in hanbok and partying in hanbok.

Kwon hopes to find a more effective way to promote the dress and collaborating with Korean Cultural Centers scattered around the world is certainly one of them, she said.

“People-to-people diplomacy done by young Koreans like her is helpful in promoting hanbok, and Korean culture by extension, in other countries,” said Lee Dae-joong, director of the Korean Cultural Center in Vietnam.