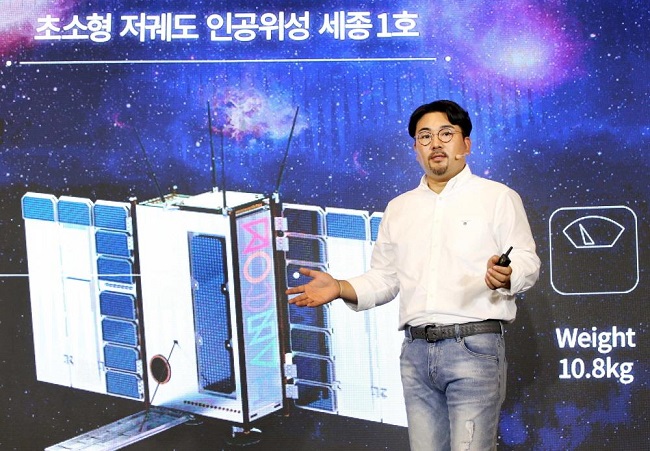 SEOUL, Sept. 2 (Korea Bizwire) — Hancom Group, a South Korean ICT convergence company, on Thursday announced its ambitious plan to launch its first commercial satellite during the first half of next year.

The nanosized satellite, named Sejong 1, is under development with Spire Global Inc., a U.S.-based space-based data provider. The satellite will collect various data and images.

The satellite is focused on the agriculture sector, including landscaping applications, and will further expand its image analysis to other areas, such as disaster monitoring.

The low earth orbit satellite will capture images every 90 minutes for up to between 12 and 14 times a days, from seven different angles, Hancom said.

“Hancom will push froward with bold and different investment to take the dominant position in the image analysis market,” said Choi Myung-jin, chief of Hancom InSpace, during an online press conference.

Hancom said it expects to capture images of specific territories for its mapping solutions and provide further analysis depending on the needs of its clients.

Hancom said it plans to launch a constellation of up to five satellites equipped with this type of payload in order to develop its dedicated solution.